No, Gov. Whitmer did not delete sexual harassment tweet as 'Detroit News' claimed 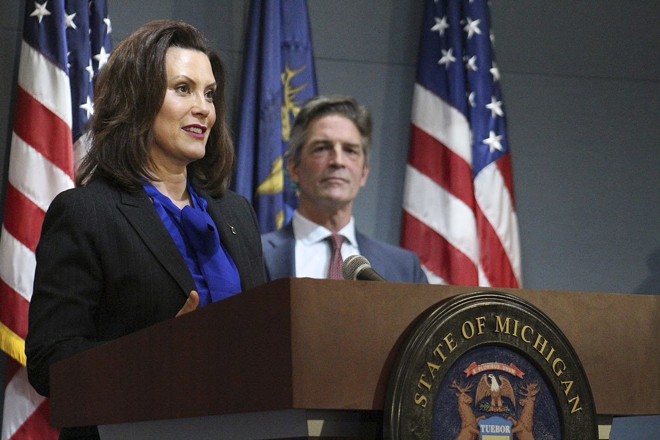 In her column, Jacques writes that a tweet about sexual harassment was deleted from the personal Twitter account of Whitmer, who is a sexual assault survivor herself.

"Sexual harassment is not a partisan issue and is unacceptable no matter who does it," the tweet read.

However, Metro Times discovered that the original allegedly "deleted" tweet's URL from Whitmer's personal account, when pasted into a browser, redirects to an identical, not deleted tweet on Whitmer's @GovWhitmer account.

I see the @detroitnews has moved to the "just making stuff up" phase of the pandemic pic.twitter.com/tyOeLQq9hJ


Whitmer's director of communications, Zack Pohl, confirms that the tweet was not actually deleted and that Jacques' inability to locate it was due to a migration of tweets that occurred last year with cooperation from Twitter, adding that the writer simply “didn't do her homework.”

Indeed, there are no tweets dated earlier than Feb. 25, 2019 on Whitmer's personal account, confirming a mass migration.

You are correct. We worked with Twitter to transfer her existing @GretchenWhitmer account to a new @GovWhitmer last year, which we now use as her official governing account. We then started @GretchenWhitmer from scratch, to use it as her personal/political account going forward. Unlike the president, we thought it was more appropriate to separate the two. It's unfortunate that Ingrid [Jacques] didn't do her homework and got this wrong, because mistakes like these damage the entire paper's credibility. I hope the News will issue a correction, delete the inaccurate tweets, and strongly encourage their opinion writers to get things right in the future.


The Detroit News has since corrected the column. Editor and publisher Gary Miles points out in an email to Metro Times that Jacques’ original column "did not say Whitmer deleted the original tweet, but wrote that it was deleted from Whitmer’s personal account, without specifying how it happened or who did it."

Miles also tells Metro Times an original Detroit News tweet that said Whitmer's 2017 tweet "has since been deleted" was deleted "per our policy because it was in error. (It also did not say who deleted the tweet.)"

Whitmer vehemently supported claims made by Dr. Christine Blasey Ford, who alleged before a Senate Judiciary Committee in 2018 that she was sexually assaulted by Supreme Court Justice Brett Kavanaugh at a party in 1982.

In March, Biden revealed that Whitmer was on his shortlist for potential running mates. In recent weeks, Whitmer has gone on record with CNN backing Biden's character and suggesting that not all assault claims are "equal."

Updated 6:06 p.m., Thursday May 7: This post was updated with additional comments from Detroit News editor Gary Miles and edited to reflect them.