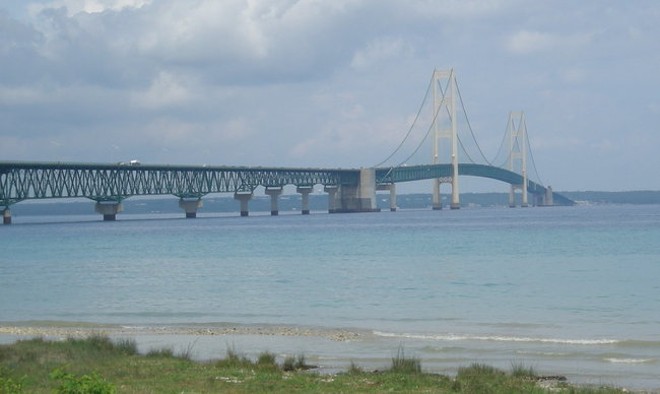 Conservation groups are praising the state for handing the Line 5 pipeline replacement project another setback.

The State Department of Great Lakes, Environment and Energy has asked Enbridge to rewrite its permit application to rebuild an oil and gas pipeline underneath the Straits of Mackinac and include alternative options.

David Holtz, communications coordinator for the group Oil and Water Don't Mix, says the state must consider the risk of a spill.

"In the letter to Enbridge, the state made clear that it was going to apply environmental standards in evaluating the permit," he points out. "And what that means is that the agency has to determine what the impact of that pipeline will be, including on the Great Lakes but also climate change. "

Enbridge says its project will bring jobs and energy security to Michigan.

State Attorney General Dana Nessel has filed a separate suit alleging that the easement for the pipeline, granted in 1953, violates current environmental law and should be voided.

Holtz says the new Line 5 should not be built — and wants the old pipeline decommissioned.

"This pipeline doesn't belong in the Great Lakes," he stresses. "It crosses 400 other waterways.

"Michigan doesn't need the oil. There are other solutions to getting propane to heat homes in the UP. That's been demonstrated."

Enbridge also is pursuing a separate permit before the Michigan Public Service Commission.