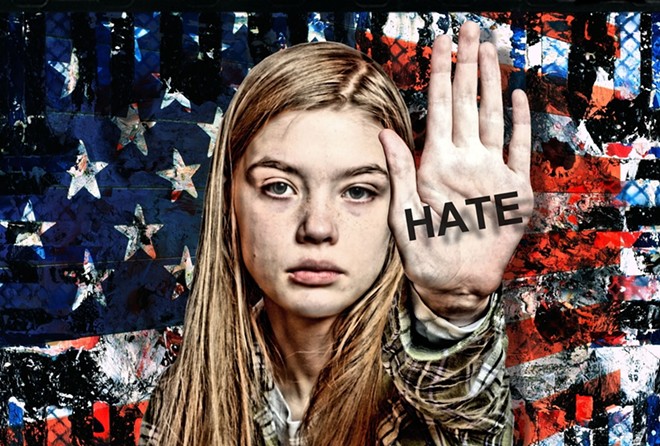 Facebook has removed three private groups whose members were promoting violence against Gov. Gretchen Whitmer and organizing rallies in Lansing in defiance of social-distancing measures.

The social media company disabled the groups in response to a Metro Times story on Monday that chronicled paranoid and violent rants that included calls to hang, behead, shoot, and beat Whitmer over her stay-at-home order.

“We removed multiple groups, Pages, accounts and posts for violating our policies and will continue to take action against further violations,” a Facebook spokesperson tells Metro Times.

Among the groups that were removed were “The People of Michigan vs. Gov. Gretchen Whitmer,” “Michigan United for Liberty,” and “Michiganders Against Excessive Quarantine,” which had more than a combined 400,000 members.

Facebook also disabled “multiple accounts” connected to the groups, which were hubs for misinformation and conspiracy theories that are fueling the anger. In addition to posting threats against the governor, members of the groups were mobilizing a rally, “Judgement Day,” to protest against Whitmer’s stay-at-home order at the Capitol in Lansing on Thursday.

Facebook prohibits users from organizing rallies in defiance of social-distancing measures because of threats to public health. Some of the threats came from people who said they are bringing guns to the rally.

“We could’ve taken over the capital last time if we wanted,” Chris Coffey warned on a now-disbanded Facebook group. “This was just a display. Next time won’t be!”

“If (Whitmer) thinks the last protest was bad she hasn't seen anything yet,” DonnaCookie Grady added.

Whitmer, Attorney General Dana Nessel, and some Democratic lawmakers called for a ban on guns in the Capitol building ahead of the rally, but Republicans resisted.

"That is intimidation, and it is not welcomed,” Sen. Mallory McMorrow, D-Royal Oak, told lawmakers Tuesday. “My question back is, 'What the hell are we going to do about it?' Or do we wait until something happens?"

Senate Majority Leader Mike Shirkey, R-Clarklake, called the tactics of the protesters “despicable” but said the onus is on authorities to arrest anyone who brandishes a firearm in a threatening way.