Michiganders are growing restless of Whitmer's stay-at-home order, according to cellphone data 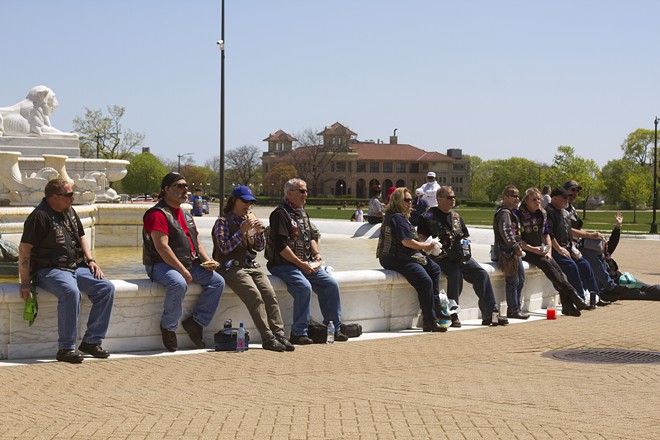 Michigan residents are tired of Gov. Gretchen Whitmer's stay-at-home order and have started leaving their homes again. In fact, according to one analysis, the Great Lakes State saw the largest drop in people staying home over the past week — despite the fact that our stay-at-home order, meant to slow the spread of the coronavirus, is in place until May 28.

That's according to a new estimate from The New York Times, which analyzed cellphone data from users who agreed to share data from downloaded apps. Since not everyone who has a cellphone agreed to share the data, and some people don't have cellphones, the figures could actually be much higher.

According to NYT, while half of the state's residents stayed home during the preceding six weeks, that number dropped by nearly 11 percentage points last week, representing an estimated one million people. It was the biggest shift identified in the study, followed by a nearly nine-point drop in Minnesota.

Initial phone data showed that Michigan was one of the top states for practicing social distancing, and a poll conducted by the Detroit Regional Chamber in April found that 57 percent of respondents approved of Whitmer's coronavirus response in Michigan, while just 37 percent disapproved.

But as Gov. Whitmer's stay-at-home order has surpassed six weeks and Michigan's long winter has ended, people appear to have grown restless. In recent weeks, protesters have gathered in Lansing, some brandishing guns, demanding an end to the stay-at-home order.

Whitmer has defended her executive orders, pointing out that Michigan — one of the top three coronavirus hotspots in the country after New York and New Jersey — has seen a dramatic drop in cases in recent weeks. But the measures have come at a great economic cost: About 1.33 million residents have filed for unemployment in Michigan since March 15, or more than a quarter of the state's total workforce, and the state has paid out more than $4 billion in unemployment claims.

Overall, an estimated 25 million more people nationwide left their home on a given day last week than during the preceding six weeks. From March 20 to April 30, an estimated 144 million people, or 43.8 percent of U.S. residents, stayed home.

Health experts like Dr. Anthony Fauci have warned that the U.S. could see a second wave of coronavirus cases if the economy re-opens too soon.