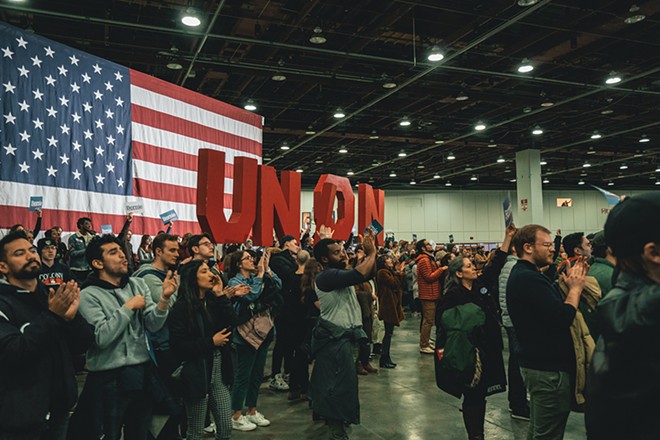 Hundreds of Michigan residents were infected with the coronavirus before the state confirmed its first case on March 10, according to state data.

State health officials identified 13 people who were exhibiting COVID-19 symptoms on March 1, which means they were infected before then and had the potential to spread the virus. The number of people exhibiting symptoms increased to 139 on March 6 and 518 on March 10, when the first two cases were confirmed.

All of them eventually tested positive, and a vast majority were in southeast Michigan.

The undetected spread, fueled by a shortage of tests, may explain why Michigan was hit so hard. Without any confirmed cases, the state had not imposed restrictions on gatherings, and there were a lot of them in the first 10 days of March. There were large parties, concerts, sporting events, and massive political rallies ahead of the Democratic presidential primary election.

On March 10, more than 2 million people cast a ballot in the primary election, sharing pens and polling booths. Later that night, Gov. Gretchen Whitmer announced the first two positive cases in the state.

The state missed opportunities to detect the cases early on because of its strict testing criteria. With a severe shortage of tests, the state only tested symptomatic people who had traveled to a coronavirus hot spot or had contact with someone who had already tested positive. As a result, people who were infected locally were not getting tested.

By the time Whitmer issued a stay-at-home order to slow the spread of the coronavirus on March 24, more than 8,800 people had already begun showing symptoms, but only 1,328 of them had yet to test positive, according to the state’s data.

"Michigan, like many other states, experienced delays in obtaining collection and testing supplies, which affected our state's ability to provide widespread testing at the beginning of the outbreak," Lynn Sutfin, spokeswoman for the Michigan Department of Health and Human Services, told Metro Times for an April 22 cover story that explored why the coronavirus hit Michigan harder than its neighbors. “This level of testing would have provided a clearer picture early on of the spread of COVID-19 in our state."

The state could not say on Tuesday whether the people with early infections attended large gatherings or voted in person.