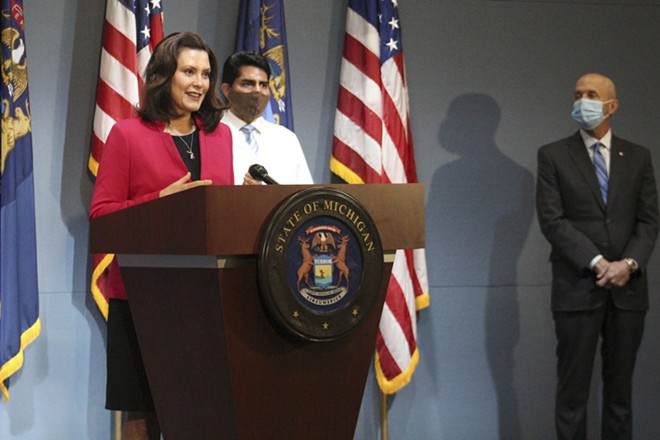 Gov. Gretchen Whitmer extended her stay-at-home order for another three weeks as the number of new coronavirus cases and deaths continue to plummet in the state.

“While the data shows that we are making progress, we are not out of the woods yet,” Whitmer said in a news release early Friday evening. “If we’re going to lower the chance of a second wave and continue to protect our neighbors and loved ones from the spread of this virus, we must continue to do our part by staying safer at home.”

The order, which was set to expire on May 28, was extended to June 12.

The Court of Claims on Thursday rejected a lawsuit by Republicans in the state Legislature that claimed Whitmer did not have the right to unilaterally extend a state of emergency. The decision was appealed Friday.

Whitmer lifted restrictions on gatherings of 10 people or fewer on Thursday ahead of the Memorial Day weekend. The governor also announced that retail businesses and auto dealerships may reopen by appointment beginning Tuesday. And on May 29, health care providers can resume nonessential medical, dental, and veterinary procedures.

Whitmer’s plan to reopen the economy calls for phasing in new sectors of the economy every two weeks or so as the state gains more control of the coronavirus.

Earlier this week, Whitmer announced that bars and restaurants will be allowed to reopen at 50% capacity in the Upper Peninsula and 17 northern counties. On May 7, Whitmer lifted restrictions on the construction and real estate industries, and in late April, the governor began allowing some retailers to reopen for curbside pickup or delivery.

Whitmer said her priority is to avoid a second wave.

“If we open too soon, thousands more could die and our hospitals will get overwhelmed,” she said. “ While we finally have more protective equipment like masks, we can’t run the risk of running low again. We owe it to the real heroes on the front lines of this crisis — our first responders, health care workers, and critical workers putting their lives on the line every day — to do what we can ourselves to stop the spread of the virus.”