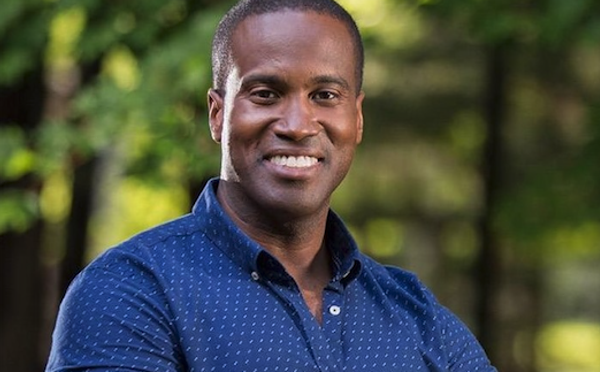 Michigan Democrats allege the White House staff and other administration officials violated the Hatch Act, which prohibits federal employees from engaging in certain partisan activities while on duty.

“At the Event, President Trump repeatedly endorsed Mr. James in remarks that were carried in the press and also published on the White House s official website and YouTube page,” Michigan Democratic Party Chairwoman Lavora R. Barnes wrote in the complaint, which was filed with the Office of Special Counsel.

While visiting an Ypsilanti Township Ford Motor Company plant that is producing ventilators, Trump spoke frequently about James, who is running against Sen. Gary Peters, a Democrat. James was among a handful of people who spoke during the visit.

“The great John James, who better win, because you would be missing something, Michigan, if you don’t vote for this guy,” Trump said at the time.

“So go out and do the job. Finish the job,” Trump told James.

James has run a bizarre campaign, largely avoiding the local media and failing to divulge his positions on critical issues.

Most of his media appearances have been on Fox News, and he has not responded to Metro Times’ repeated requests for an interview.

“Michiganders are facing unprecedented challenges, but instead of listening directly to those who are struggling, President Trump, John James and White House officials opted to turn a taxpayer-funded event into a political photo-op to try to influence the result of the election,” Michigan Democratic Party spokeswoman Elena Kuhn said in a news release. “John James has shown he’ll stop at nothing to show his ‘2000%’ support for Trump and tout his endorsement, even if it violates government ethics laws and Michigan taxpayers are forced to foot the bill.”