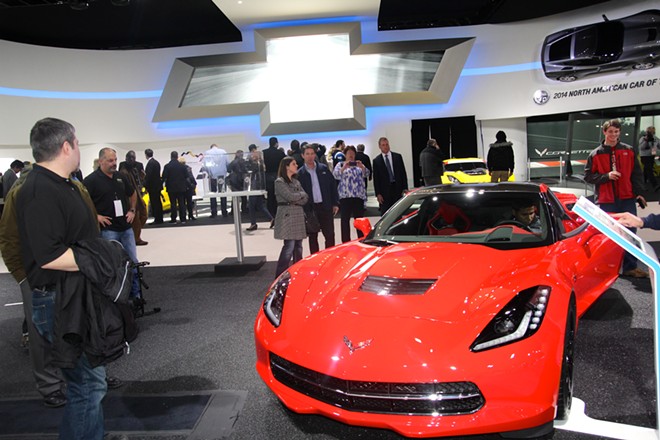 The economic impact of coronavirus-related shutdowns have left many industries reeling. In metro Detroit, the Detroit Metro Convention and Visitors Bureau has estimated a $200 million loss.

The 2020 iteration of the event was set to take place this week, and has been rescheduled for next summer. It would have been the first auto show since announcing it would be moving from January to June.

The cancellation of the auto show came at the peak of the COVID-19 pandemic in Detroit when TCF Center was converted into a 900-seat field hospital to treat overflow of coronavirus patients, though it never treated more than 15-20 patients at one time and treated a total of 40 people while it was open. It closed last month.

“Recognizing that our governor and the administration are doing what they can to save lives, as a result of putting restrictions in place, it has demoralized our industry and devastated it, just devastated our industry,” Larry Alexander, CEO of the Detroit Metro Convention and Visitors Bureau CEO, said.

Earlier this month, Gov. Gretchen Whitmer lifted many statewide restrictions and closures. In northern Michigan, however, Whitmer announced that venues like sporting arenas, stadiums, and concert spaces could reopen as long as they maintained social distancing procedures and limited capacity to 500 people or 25% of the venue's maximum capacity. A Michigan labor group has drafted a safety proposal to reopen conference and convention spaces at 50% capacity for the governor's review.