Detroit cop suspended after firing rubber bullets at journalists; others under investigation 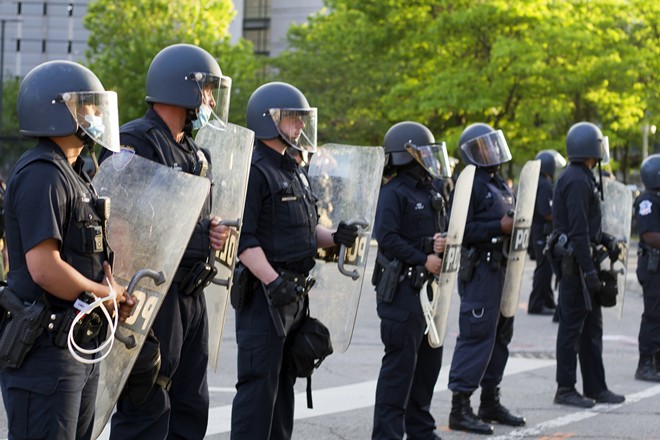 Detroit Police Chief James Craig pledged to discipline every officer who “acted improperly” after protesters shared stories over the weekend of cops using excessive force during rallies against police brutality.

The Detroit Police Department suspended one officer accused of shooting rubber bullets at three journalists who were covering a protest at about midnight on May 31. MLive photojournalist Nicole Hester was struck multiple times, “leaving welts and narrowly missing an eye,” MLive reported.

Police also detained other journalists and legal observers, throwing some of them to the ground.

“This Department takes every allegation of police misconduct seriously and, as has been the practice since I have been Chief, any officer who acted improperly will be disciplined,” Craig said in a news release Saturday night. “DPD and the Board of Police Commissioners are investigating each citizen complaint and are actively collecting video evidence from body cams, building security cameras, and personal phones for a complete review of each claim.”

Craig’s statement came just hours after protesters held "a public tribunal" at Hart Plaza in downtown Detroit on Saturday to air grievances over DPD’s handling of the rallies following the death of George Floyd at the hands of Minneapolis police.

In the first five days of demonstrations, more than 420 protesters were arrested in Detroit. Police in riot gear used tear gas, pepper spray, rubber bullets, and flash-bang grenades to break up demonstrations to enforce a curfew.

Protesters showed a compilation of photos and videos in which police used force, often against peaceful demonstrators. In one clip, two cops pushed a protester to the pavement multiple times. In another, a protester sitting on the ground was struck by a club-wielding officer. Other images showed people bleeding or with bruises.


Craig and Mayor Mike Duggan have defended DPD's handling of the rallies, citing a few incidents in which protesters hurled rocks, bottles, and fireworks at police.

"In the emotional outpouring following the murder of George Floyd, however, the protesters continue to fail to acknowledge the serious danger the city faced in those first few nights," Craig said. "The organizers initiated those first marches without making any plans for controlling instigators of violence and without any plans for dispersing the crowd at the end of the march."