A 42-year-old Black man said Detroit police unjustly arrested him after facial-recognition technology incorrectly flagged him as a shoplifting suspect.

Robert Williams was arrested in January at his home in Farmington Hills in front of his wife and two young daughters and locked up for 30 hours. He was accused of stealing watches from Shinola.

While in jail, police showed him two blurry surveillance photos of the suspect.

“This is not me,” Williams recalls saying in a video about his arrest. “I hope you all don’t think all Black people look alike.” 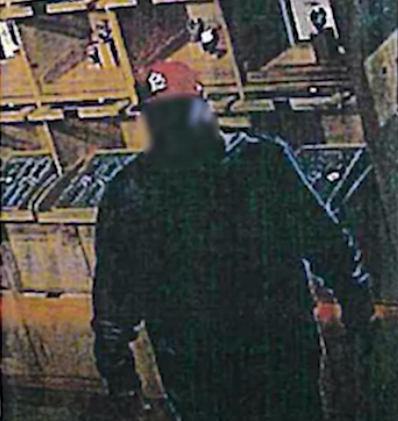 He said one of the officers responded, “The computer must have gotten it wrong.”

It wasn't until later that night that Williams was released from jail, his attorney, Victoria Burton-Harris, said.

The charges have been dismissed.

“But the damage is done," Burton-Harris, who is running for Wayne County prosecutor, wrote in an op-ed for the ACLU on Wednesday. "Robert’s DNA sample, mugshot, and fingerprints — all of which were taken when he arrived at the detention center — are now on file. His arrest is on the record. Robert’s wife, Melissa, was forced to explain to his boss why Robert wouldn’t show up to work the next day. Their daughters can never un-see their father being wrongly arrested and taken away — their first real experience with the police.”

The ACLU of Michigan lodged a complaint against Detroit police.

Facial-recognition technology has come under fire because experts say it’s unconstitutional, unreliable, and racially biased. Studies have shown that the software misidentifies people of color more often than white people, which Metro Times reported in cover story in July 2019. U.S. Rep. Rashida Tlaib was criticized for warning about the technology's bias, and saying police should hire Black analysts to review the footage because non-Black people can also have a bias.

"Analysts need to be African-Americans, not people that are not," Tlaib told Detroit Police Chief James Craig during a tour of his department's Real Time Crime Center, according to a video published by The Detroit News. "I think non-African-Americans think African-Americans all look the same."

"It's a software. It's biometrics," Craig told Fox & Friends. "And, to put race in it ... we're talking about trained professionals. My staff goes through intense training with the FBI, and so they're not looking at race, but it's measurements. We were appalled when she made this statement."

Despite mounting criticism of the technology, the Detroit Board of Police Commissioners approved the use of the software.

Activists are calling on Detroit City Council to reject the use of the technology. The contract with the software company is set to expire soon. Opponents of the technology have mobilized two protests in which a caravan of cars drove past the homes of council members to encourage them to oppose the contract extension.

Detroit's facial-recognition software is especially pervasive because it's used on a quickly expanding surveillance network of high-definition cameras under Mayor Mike Duggan's Project Green Light, a crime-fighting initiative that began in 2016 at gas stations and fast-food restaurants. Since then, the city has installed hundreds of surveillance cameras at parks, schools, low-income housing complexes, immigration centers, gas stations, churches, abortion clinics, hotels, health centers, apartments, and addiction treatment centers. The city is also installing high-definition cameras at roughly 500 intersections at a time when other cities are scaling back because of privacy concerns.

"Given the technology’s flaws, and how widely it is being used by law enforcement today, Robert likely isn’t the first person to be wrongfully arrested because of this technology,” Burton-Harris said. “He’s just the first person we’re learning about.”