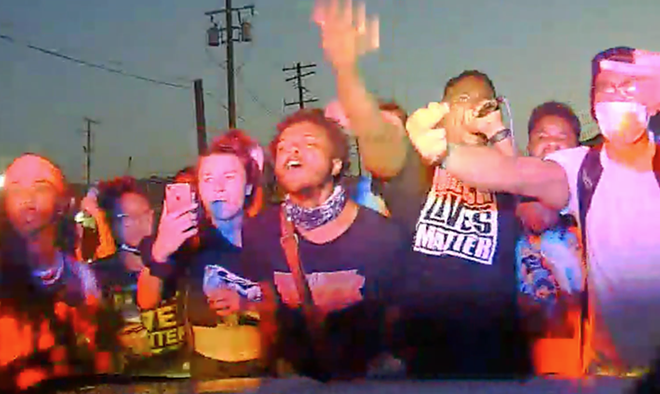 Detroit police released videos from inside two squad cars that drove through a crowd of protesters on Sunday.

Detroit police released this video from inside the squad car that drove through a group of protesters Sunday night. pic.twitter.com/0pzJbEH4Bj


"They felt a clear and present threat, and they decided to leave the location," Craig told city council members today.

Protesters said they were peaceful and only responded because a squad car drove through the crowd of marchers.

Cell phone videos of a squad car appearing to plow through a crowd of protesters set off debates on social media Monday.

Protesters plan to gather outside the Fourth Precinct at 5 p.m. Monday to rally against the officers.

Here's a video of another Detroit police car that drove through a group of protesters Sunday night. pic.twitter.com/GIB7pJrWNX