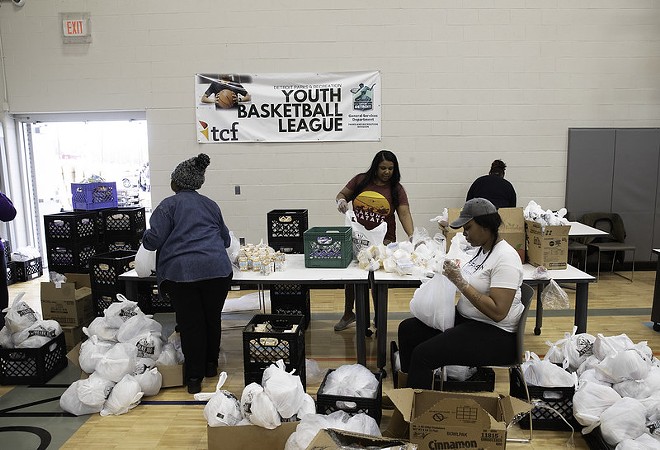 A disproportionate number of Black Detroiters say they have lost their jobs due to the coronavirus pandemic, according to a new University of Michigan study.

Nearly half of Detroit’s Black residents and a third of the city’s Latinos lost their jobs, compared to 22% of white Detroiters, as a result of shutdowns to curtail the spread of the coronavirus. All together, 40% of Detroiters remain temporarily or permanently laid off, according to University of Michigan’s third Detroit Metro Area Communities Study (DMACS), which was conducted between May 28 and June 11.

"The unemployment rate in the city of Detroit remains alarmingly high and has not changed very much in the past month,” Jeffrey Morenoff, professor of public policy and sociology and director of the Population Studies Center at U-M's Institute for Social Research, says in a news release. "Also, 56% of those not currently working believe it is very unlikely they will return to work in the next month.”

Many Detroiters are worried they can’t make ends meet.

"We find that a substantial number of people are falling behind on their bills and facing financially precarious situations," Lydia Wileden, a doctoral candidate at U-M who analyzed the DMACS COVID-19 survey data, says. "One in five Detroit households say they have not paid at least one household bill in the past month, and 44% say they are concerned about facing one or more hardships such as being evicted, having their utilities shut off or going bankrupt in the coming months."