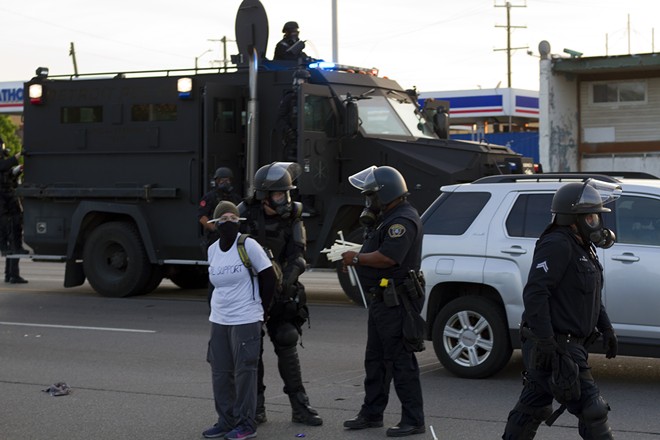 Detroit City Council plans to vote on a resolution that would urge Mayor Mike Duggan’s administration to dismiss charges against peaceful protesters for violating curfew.

Detroit police have arrested more than 420 people since protests broke out in late March following the death of George Floyd at the hands of Minneapolis police. A vast majority of the arrests involved curfew violations.

On Tuesday, council members plan to vote on the non-binding resolution.

Dozens of people called on the council to support the resolution on Monday and Tuesday, saying protesters were peaceful and exercising their First Amendment rights. A petition in support of dismissing the charges also is circulating

Council President Brenda Jones said Tuesday that she does not support interfering with the criminal justice system and said protesters were exhibiting a “mindset of entitlement.”

“I must allow the criminal justice system to address these charges,” Jones said. “It would be improper for me to interfere with proceedings in the legal world. It would also be improper for me to favor one group of citizens of Detroiters who, I’m sure, would appreciate a council resolution to dismiss their crimes.”

Although the protests have been largely peaceful, with the exception of a few isolated clashes, Jones suggested the police department and “some sincere protesters” kept “our city from going up in flames like many other cities.”

Much of the violence came at the hands of police, who fired rubber bullets, tear gas, and flash bang grenades at the crowds to enforce Duggan’s curfew during the first five days of protests. One protester suffered a fractured skull from a rubber bullet on May 31. Police also arrested members of the media. Since then, the rallies have been largely peaceful, and police have made no more arrests.

Duggan’s administration has not yet made a decision on whether to dismiss the charges.

“The law department is currently reviewing each one of the tickets,” mayoral spokesman John Roach told Metro Times on Wednesday. “We will make a decision when the review is complete.”

Protest organizers met with Duggan earlier this month to discuss reforms to the police department.