Michigan reports highest number of new coronavirus cases since May 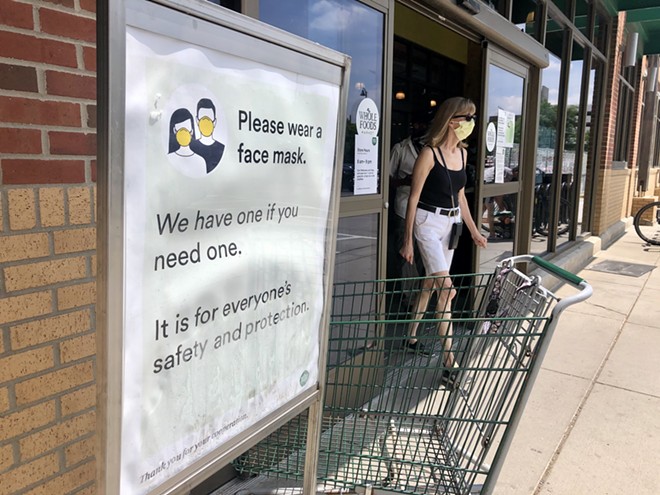 As the Fourth of July weekend approaches, Michigan recorded the highest number of new coronavirus cases in more than a month.

The state reported 543 confirmed infections Thursday, the highest single-day level since May 28. By comparison, the state averaged 215 new coronavirus cases a day in June.

Michigan now has 64,675 confirmed cases. since the coronavirus crisis started in March.

The state also reported 14 new deaths, bringing its total to 5,966.

When the pandemic peaked in early April, the state was averaging nearly 1,500 new cases a day.

“We have seen preventable spread across the state,” Gov. Gretchen Whitmer said at a news conference Tuesday. “We cannot let our guard down. We can, and we must, get this under control.”

The increase in cases prompted Whitmer to delay allowing gyms, movie theaters, and other entrainment venues to open by July 4.


In mid-June, Michigan was one of three states where cases were steadily declining. The state is no longer “on track to contain” COVID-19, according to Covid Act Now, a collection of epidemiologists, health experts, and public policy leaders.

At least 107 coronavirus cases have been traced to Harper’s Restaurant and Brew Pub in East Lansing, prompting the governor on Wednesday to temporarily ban indoor bar service in much of Michigan.

“We have to learn from this,” Whitmer said.

States’ decisions to reopen their economies have come at a cost. On Wednesday, the U.S. reported more than 50,000 confirmed cases in a single day for the first time since the pandemic began. The U.S. leads the world in total cases with 2.7 million.