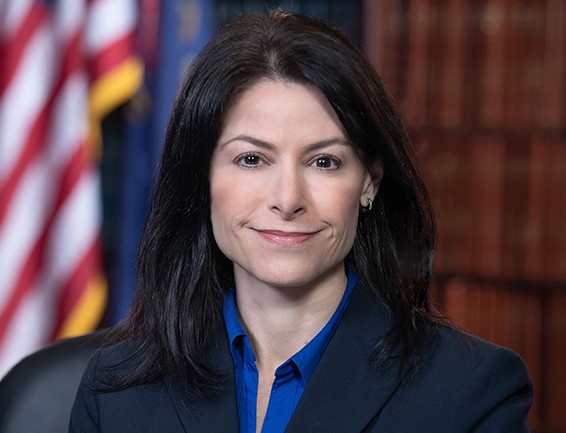 Michigan Attorney General Dana Nessel is joining 17 other states that are suing the Trump administration over a new policy that could prohibit thousands of international students from studying in the U.S. this fall.

Immigration officials announced a new federal rule last week that would strip international students of their visas if their colleges exclusively offer online classes amid the coronavirus pandemic.

The lawsuit, which seeks an immediate injunction against the rule, alleges several violations of federal law and calls the new policy “cruel, abrupt and unlawful."

“International students play an incredibly valuable role in the learning process at Michigan’s colleges and universities, and contribute not only to the vibrant culture of those institutions but also to our local economies,” Nessel says in a news release. “This is just another example of the Trump administration using our educational system to make a political statement, at the expense of our students and schools. I am proud to stand alongside my colleagues in calling for an end to this dangerous rule, which ultimately could endanger lives and further strain the financial health of our educational institutions and our states.”

Many Michigan colleges have yet to decide whether to offer in-person courses this year as the number of new coronavirus cases continues to rise nationwide.

Harvard and the Massachusetts Institute of Technology filed a similar lawsuit last week, and a hearing in that case is scheduled for Tuesday.

The Trump administration has been pressuring colleges to offer in-person classes, despite concerns about the spread of COVID-19, which has killed more than 135,000 people in the U.S.