U.S. Rep. Amash is not running for a 6th term in Congress 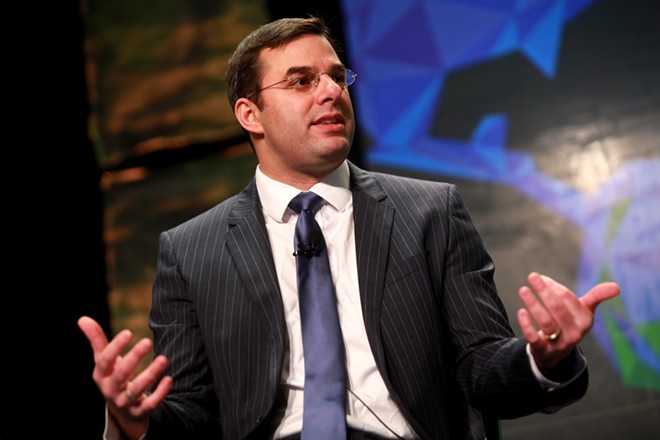 U.S. Rep. Justin Amash, the first and only Libertarian to hold a seat in Congress after leaving the Republican Party last year, said Thursday night he’s not running for re-election.

The west Michigan congressman, who considered seeking the Libertarian Party’s presidential nomination this year, announced on Twitter that he was not seeking a sixth two-year term to represent the 3rd Congressional District.

"I love representing our community in Congress. I always will,” Amash tweeted at 11 p.m. Thursday. “This is my choice, but I’m still going to miss it.” He added, “Thank you for your trust.”

I love representing our community in Congress. I always will. This is my choice, but I’m still going to miss it.

Thank you for your trust.


Amash has been an outspoken critic of President Trump, whom he voted to impeach in December 2019. Amash was the only non-Democrat in the House to support impeachment.

A month after announcing he was considering running for president, Amash announced in May that he decided against it.

“I’ve spent nearly three weeks assessing the race, appearing in media, talking to delegates and donors, watching the Libertarian Party’s convention plan unfold, and gathering feedback from family, friends, and other advisers,” Amash tweeted at the time. “After much reflection, I’ve concluded that circumstances don’t lend themselves to my success as a candidate for president this year, and therefore I will not be a candidate.”

Bill Gelineau, who ran for governor of Michigan as the Libertarian Party candidate in 2018, told Metro Times he would not vote for Amash because he believed defeating Donald Trump was more important. He said he will support presumed Democratic Party nominee Joe Biden instead.

Five Republicans are vying for Amash’s seat, which is solidly Republican. Hillary Scholten is the only Democrat running. The primary election is Aug. 4.