Shelby Township may be the new armpit of Macomb County. Here's why. 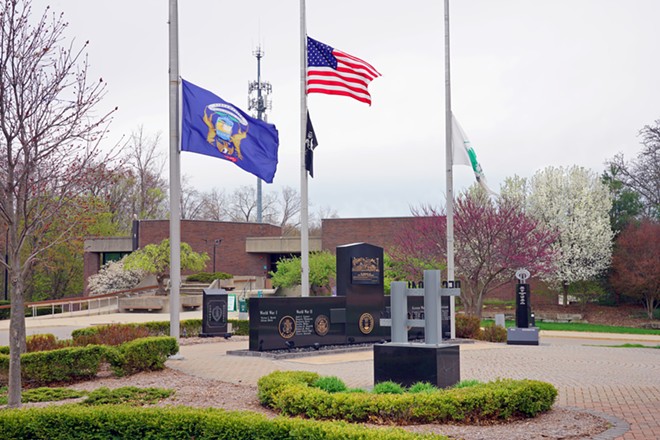 Shelby Township has been making the headlines recently, and for all the wrong reasons.

"Trump threatening to deploy the military. I have a better idea: unleash real cops and let them take care of these barbarians," he wrote in one of the tweets. "I promise it will be over in 24 hours. Cops are crippled by politicians and the media."

He also tweeted in support of placing protesters in “body bags,” saying “real cops" should be allowed to “take care of the barbarians.”

Less than two weeks later, the township board voted against firing the chief, despite protests calling for his termination. He returned to work Monday after being suspended for 30 days.

About a week later, Metro Times outed Shelby Township Trustee John Vermeulen for using his Facebook account to defend Confederate leaders, share a racist meme, and criticize George Floyd, who was killed when a Minneapolis cop kneeled on his neck for more than 8 minutes.

Then on Wednesday, during a protest calling for the termination of the police chief and trustee, civil rights leader Rev. W.J. Rideout III was arrested and jailed, and his truck seized over a misdemeanor charge of disobeying a lawful order.

His attorney, Michael Chehab, said neither he nor Rideout have been told what the charge alleges.

“They wouldn’t tell us what the lawful order was, but it was something that happened allegedly on Monday, when it was a protest," Chehab told The Detroit News. “We think it was retaliatory because as soon as he pulled up, eight cars pulled up to arrest him ... The charge is something they charge when there is nothing else.”

Rideout tells Metro Times that police seized his truck and have not given it back.

“They haven’t released my vehicle, and I need it back in a pandemic like this,” Rideout says. “They are holding it for no reason at all.”


The teenager said other Trump supporters also called her names

“This is incredibly sad and pathetic,” she wrote on social media. “These people have no class. I really hope this man doesn’t have a daughter of his own.”

Shelby Township is in western Macomb County, which has a long and ugly history of racism. In 1972, pro-segregation demagogue George Wallace won the presidential primary election in Macomb County. The county is also home to the so-called "Reagan Democrats" who overwhelmingly supported Ronald Reagan.

Shelby Township, with a population of 80,600, is 90% white and voted for Trump in the 2016 presidential election by a two-to-one margin. Unlike a lot of Macomb County, the township is relatively affluent, with a $74,400 median household income, compared to $55,000 in Michigan.