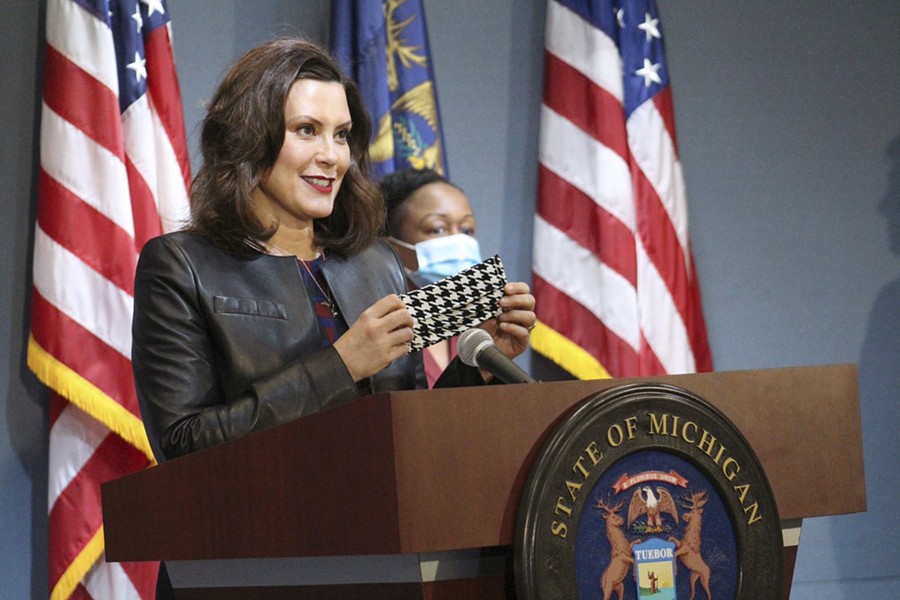 Big Gretch is making some big changes to her MI Safe Start Plan, which includes reopening casinos and rolling back indoor gathering capacity, as well as bar services.

Effective Thursday, July 31, Gov. Gretchen Whitmer has announced statewide revisions to a previous executive order which will limit indoor gatherings to 10 people and will close indoor sales at bars that earn 70% or more of their gross sales from alcohol. This also applies to northern Michigan, or sections 6 and 8, where the governor initially implemented looser restrictions as cases began to flatten.

These revisions will not interfere with the reopening of gyms and amusement parks, nor those indoor entertainment venues (arcades, movie theaters, bowling alleys) currently operating at 25% of their maximum capacity in those northern Michigan sections. Outdoor gatherings have not been affected, either, and continue to be allowed up to 250 people.

Whitmer cites “super-spreading events” and “a resurgence in cases connected to social gatherings” as her reasoning in tightening previous executive orders and doubling down on $1,000 fines to those who are found neglecting the orders. A number of confirmed coronavirus cases followed a house party in Saline, a July 4 sandbar party at Torch Lake, and a crowded Lansing bar Harper's, which was linked to 187 COVID-19 cases.

At the same time, Executive Order 161 gives the green light for some Detroit area casinos, which have been closed since mid-March. Starting Aug. 5, MotorCity Casino, MGM Grand, and Greektown Casino will be allowed to reopen, but will be limited to operating at 15% of their capacity.

The reopening also places some additional restrictions on casinos like the banning of smoking, and implementing a mandatory face-covering policy except when eating and drinking. Patrons will be subject to health screenings and temperature checks upon entry. There won't be any self-serve buffets, either, nor will there be concerts, and casinos will have to enforce social distancing by either closing off every other slot machine or installing plexiglass between them. Patrons will be encouraged to wipe down their own machines after use, in addition to staff participating in frequent sanitation of machines and other shared spaces and surfaces.

As of Wednesday, the state reported that Michigan's COVID-19 total has reached 80,172 cases with a reported 6,172 deaths.