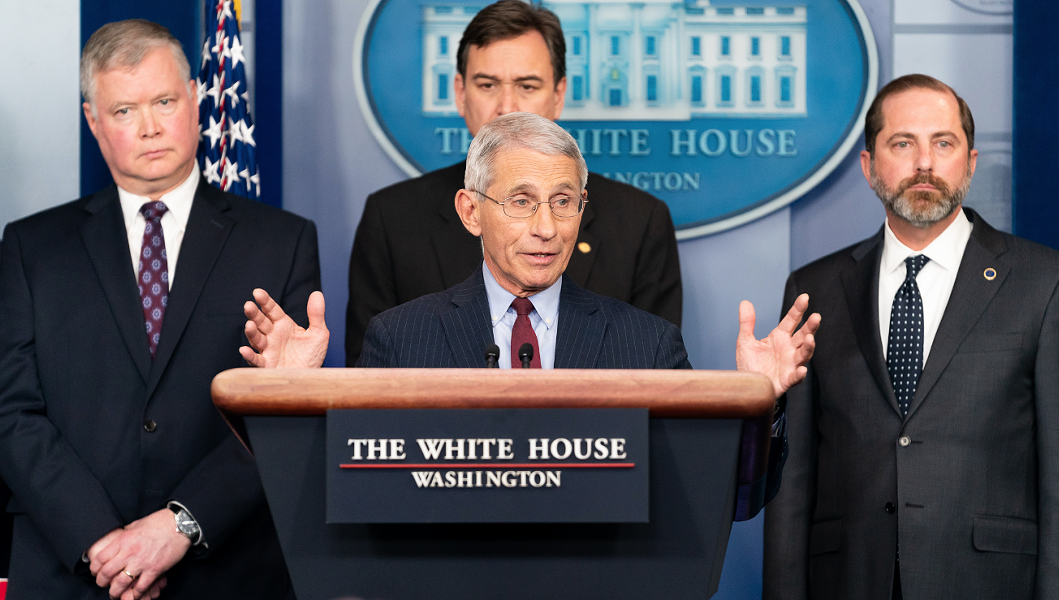 Dr. Anthony Fauci is among the experts who are critical of a study by Detroit's Henry Ford Health System that found the drug hydroxychloroquine lowered the death rate in COVID-19 patients.

The study made waves when its results were announced earlier this month because they contradicted a number of other high-profile studies that found the drug was not effective in treating the coronavirus. (Some earlier studies were even abruptly halted after patients were found to be more likely to suffer cardiac side effects on the drug.) President Donald Trump was quick to say the study vindicated him, as he has long touted the potential of the drug to be a "game-changer" in fighting COVID-19.

But when asked about the study during a congressional testimony on Friday, Fauci said it was "flawed" and had "a number of issues."

The study analyzed 2,541 COVID-19 patients and found 13% of those treated with hydroxychloroquine died, while 26% of those who did not receive the drug died.

But the issue, Fauci said, is that the study was not a randomized, double-blind study — which is considered "the gold standard" in science. In other words, doctors carefully selected who received the treatment, which could skew the results.

Fauci said that some of the patients were also receiving corticosteroids, which could have influenced the results further.

"That study is a flawed study, and I think anyone who examines it carefully is that it is not a randomized placebo-controlled trial," Fauci said.

When Rep. Blaine Luetkemeyer, a Republican from Missouri, interrupted Fauci, saying the study had been peer-reviewed, Fauci reiterated the importance of randomized, double-blind studies.

"It doesn't matter, you can peer-review something that's a bad study," Fauci said. "The fact is it is not a randomized placebo-controlled trial. The point that I think is important, because we all want to keep an open mind, any and all of the randomized placebo-controlled trials, which is the gold standard of determining if something is effective, none of them have shown any efficacy for hydroxychloroquine."

While Henry Ford is conducting a randomized, double-blind study of hydroxychloroquine as a prophylaxis, or measure to prevent COVID-19, it has not yet released the results of that study. It was expected to wrap up this month.

Hydroxychloroquine could very well prove to be an effective treatment for some COVID-19 patients, but a randomized, double-blind study has not yet found that to be the case.

And if one does, "I would be the first one to admit it and promote it," Fauci said.

You can watch a clip of the exchange below.

Dr. Anthony Fauci, director of the National Institute of Allergy and Infectious Diseases, said again on Friday that no randomized placebo-controlled trial has shown that hydroxychloroquine works as a Covid-19 treatment. https://t.co/rIeLfUovHs pic.twitter.com/QzKUTFGGZ6


Trump has accused the mainstream media and scientists of suppressing information about hydroxychloroquine out of political spite.

"The highly respected Henry Ford Health System just reported, based on a large sampling, that HYDROXYCHLOROQUINE cut the death rate in certain sick patients very significantly," he tweeted earlier this month. "The Dems disparaged it for political reasons (me!). Disgraceful."

The drug was in the news again this week when a viral video showed a Houston doctor named Stella Emmanuel saying that, "This virus has a cure: It’s called hydroxychloroquine." The video was removed or flagged as false information by social media platforms Facebook, Twitter, and Instagram. (Madonna even shared the video, but deleted it after Instagram flagged it as misinformation.)

Immanuel also believes in alien DNA, lizard people, and something called "demon semen," so it's probably safe to say she's a bit of a quack.