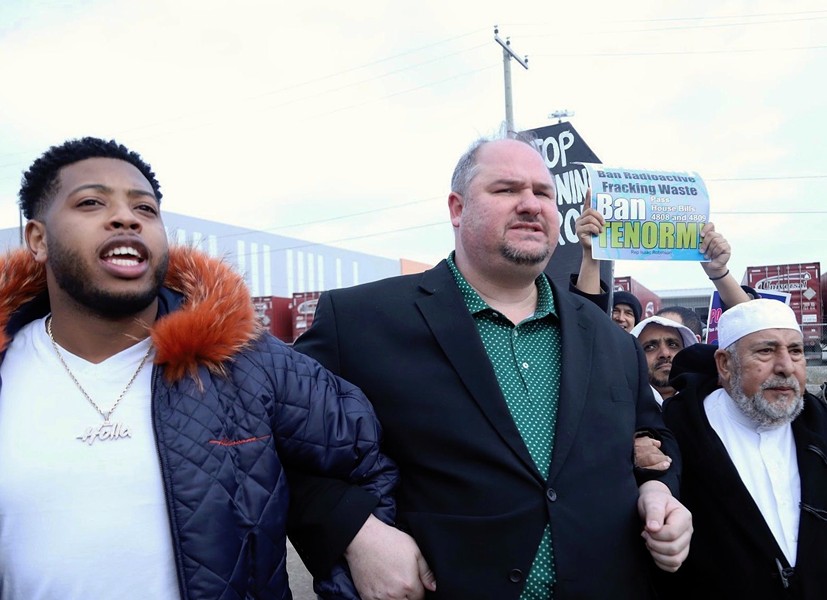 A Detroit-based nonprofit has filed a landmark civil rights complaint with the state’s environmental regulatory agency over the disproportionate number of hazardous waste sites in lower-income communities of color.

In the complaint, the Great Lakes Environmental Law Center is urging the Michigan Department of Environment, Great Lakes, and Energy (EGLE) to end the “long history” of placing the toxic sites in impoverished and predominantly Black neighborhoods.

“This is a classic environmental justice issue,” Justin Onewnu, a community organizer for the Sierra Club, says. “Communities of color in Michigan are serving as the dumping grounds for hazardous waste from all over the state and country. EGLE has made addressing environmental injustice a priority, and now is the time for action.”

Despite a history of serious violations in a densely populated neighborhood on Detroit’s east side, U.S. Ecology North received a permit from EGLE in January to expand its storage of toxic waste nearly ninefold. About 70% of the neighborhood is low-income, and people of color make up 80% of the population.

“For decades, companies such as U.S. Ecology have sought out communities of color for their hazardous waste facilities because they were seen as the path of least resistance for places to store, treat, and dispose of our society’s poisons,” Michelle Martinez, director of the Michigan Environmental Justice Coalition, says. “We need EGLE to step up and protect us from environmental racism, or this legacy will continue for another several decades.”

The majority of commercial hazardous waste processed at Michigan facilities comes from outside of Michigan, leaving lower-income people to cope with the environmental fallout.

As protests continue to highlight the disparate treatment of communities of color, now is the time to address “some of the most insidious forms of environmental racism,” the group says.

“We know that companies such as U.S. Ecology will continue to locate and expand hazardous waste facilities in communities of color if they are left unchecked,” Nick Leonard, executive director of the Great Lakes Environmental Law Center, says. “We want to work with EGLE to craft a solution to this long-standing problem.”

Detroiters are disproportionately subjected to environmental contamination and have the highest rates of asthma in Michigan. Southwest Detroit is the most polluted area in the state and was the subject of a Metro Times cover story on Jan. 8.