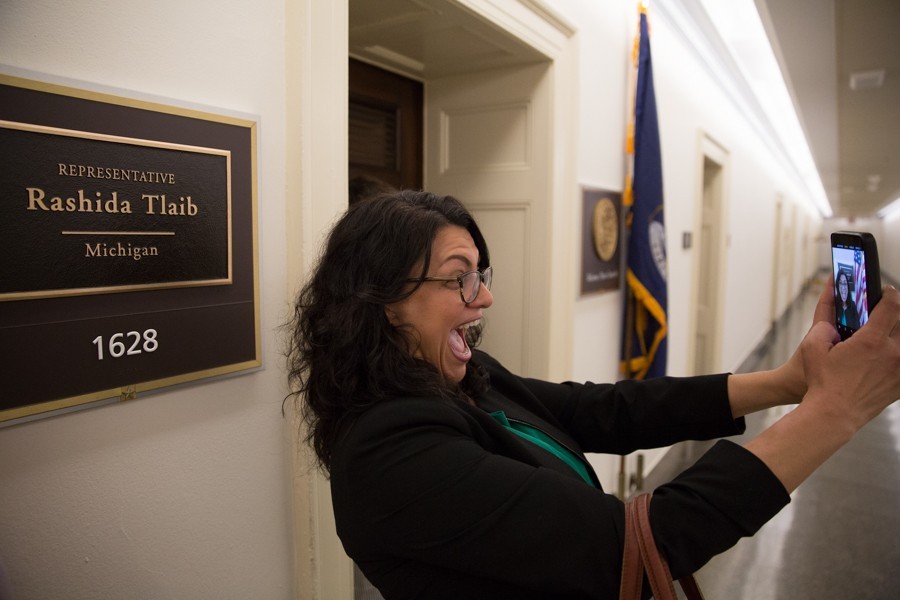 With 87% of the precincts counted Wednesday morning, Tlaib garnered nearly two-thirds of the votes.

“Voters sent a clear message that they’re done waiting for transformative change, that they want an unapologetic fighter who will take on the status quo and win,” Tlaib said in a news release sent shortly after 9 a.m. “We have a resounding mandate to put people before profits. Let it be known that in the 13th District, just like in communities across our country, we are done with establishment politics that put corporations first. If I was considered the most vulnerable member of the Squad, I think it’s safe to say the Squad is here to stay, and it’s only getting bigger.”

In 2018, Tlaib, 44, narrowly defeated Jones, 60, in a crowded primary contest. Observers believed it was going to be another tight race, but Tlaib proved she’s incredibly popular in her district, which covers parts of Detroit and Romulus and all of Highland Park, Inkster, River Rouge, Ecorse, and Westland.

“The 13th Congressional District raised me, and it is an honor to represent my neighbors in the United States House of Representatives,” Tlaib says. “This re-election campaign took place during unprecedented times and involved us showing up for others and making sure our people had what they needed to get through the COVID-19 pandemic while demanding change and the end to systemic racism.”

“Onward to November, defeating the impeached President, and showing up for each other along the way,” Tlaib says.