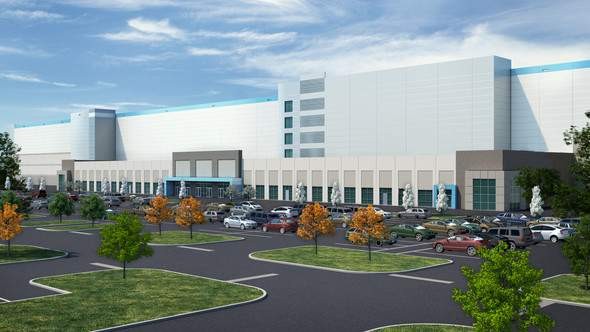 Amazon is hoping to build a large distribution center that would create at least 1,200 new jobs at the old Michigan State Fairgrounds in Detroit, Mayor Mike Duggan said Tuesday.

If all goes as planned, the center would open in 2022.

The fairgrounds site has been largely abandoned since 2009, but the city began using it for COVID-19 testing in March. Duggan said the project won’t impact testing because the city has been planning to move testing to an indoor location when the winter approaches.

Amazon has proposed a $400 million, 3.8 million-square-foot distribution center on property that Detroit-based The Sterling Group plans to buy for $9 million. Texas-based Hillwood Investment Properties, which has built Amazon fulfillment centers across the country, would develop the site.

As part of the deal, the companies would pay $7 million for an indoor transit center with free wifi and restrooms for DDOT and SMART riders on Woodward near Eight Mile Road.

The proposal still needs approval from the Detroit City Council.

The city is not offering tax incentives for the deal, Duggan said.

“What Detroit needs more than anything right now is jobs and we are deeply appreciative that Hillwood and the Sterling Group have made our city its choice to purchase the former Michigan State Fairgrounds with the potential to bring more than 1,200 good paying jobs,” Duggan said in a news release. “The developers and the new tenant will be working closely with our team at Detroit at Work, which will be helping to provide outstanding candidates who are residents of the city.”

“Hillwood is honored to be working with the Mayor and City of Detroit on bringing jobs, investment, and redevelopment to the former State Fairgrounds site,” Ross Perot Jr, chairman of Hillwood and the Perot Group, said. “We see this as an opportunity to team up with Sterling Group again to showcase our company’s ability to transform the site into a new hub for e-commerce innovation and excellence.”

In April, workers staged a walk-out protest at Amazon's Romulus facility over a lack of transparency amid the coronavirus pandemic. Other workers have complained about grueling conditions inside Amazon's warehouses.