Before celebrating all the jobs the new Detroit Amazon center will bring, remember that this is grueling, ruthless work 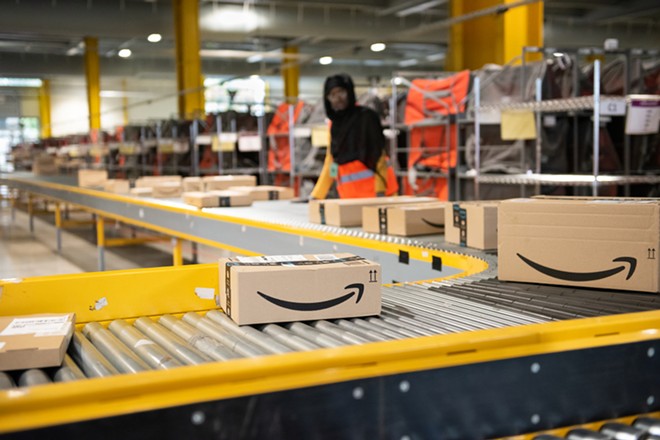 On Tuesday, Detroit Mayor Mike Duggan revealed that online retail powerhouse Amazon was eyeing the site of Detroit's former State Fairgrounds as the location for a $400 million distribution center. The new facility, which is expected to open in 2022, would bring 1,200 jobs to the Motor City, Duggan said.

Yay, jobs! Right? Well, talk to one of the 100,000 employees who work in Amazon's fulfillment centers, and you might reconsider that. Even though the company pays its employees at least $15 per hour, more than the minimum wage, it's become notorious for treating its lower-level employees like disposable cogs.

As detailed in a New Yorker story published last year, Amazon workers' movements and productivity are tracked digitally, with timer counting down how many seconds the worker has to complete each task. Some can walk more than 15 miles a day retrieving items from shelves to be shipped to customers.

One former warehouse employee told the magazine that workers got fired "because they were too old, or their knees started acting up, or they just had a bad week." Another worker said, "I've seen people who aren’t even thirty years old get injuries they're going to have for the rest of their lives, but whenever we ask for the speed of work or the repetitive motions to be changed we're told that’s not going to happen."

It's no wonder that Amazon founder and CEO Jeff Bezos at one point considered naming his company "Relentless." (He even bought the domain name. Type in relentless.com in your browser and it'll redirect to you amazon.com.)

These are the conditions that have allowed Bezos to become the richest person in the world, with a net worth of nearly 172 billion. Plus, for years, the company paid $0 in federal income tax through tax loopholes.

Amazon may be a convenient service, but don't forget to support your local mom and pop shops. And don't expect the company to be the end-all and be-all for bringing back jobs to the Motor City. Detroiters deserve better.