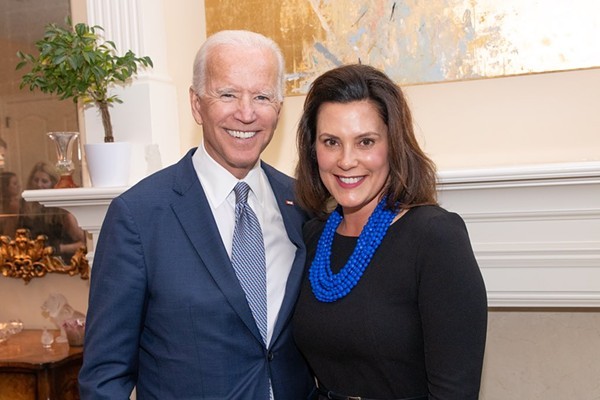 The lineup of speakers for next week’s four-night Democratic National Convention was released Tuesday morning, spurring speculation that Gov. Gretchen Whitmer will not be Joe Biden’s running mate, as many have speculated.

The convention schedule, first reported by MSNBC’s “Morning Joe,” shows Whitmer speaking on Monday, Aug. 17 – the first day of the convention. The vice presidential nominee is scheduled to speak on Wednesday, Aug. 19.

Two potentially revealing omissions from the schedule are former National Security Adviser Susan Rice and U.S. Rep. Karen Bass, both of whom have been listed as top contenders for Biden’s running mate.

Other top contenders are schedule to speak, including Elizabeth Warren on Wednesday and Sens. Tammy Duckworth and Kamala Harris on Thursday.

But the schedule can change. It’s also entirely possible the schedule was intended to distract from Biden’s real choice.

Speculation that Biden was going to choose Whitmer grew last week after the Associated Press revealed that the governor recently met with Biden. But the prospect of Biden choosing a white woman has incensed some Black leaders, including some in Michigan.

Biden is expected to announce his pick this week.