Thanks, but no thanks, Gov. Whitmer initially told Biden during the VP vetting process 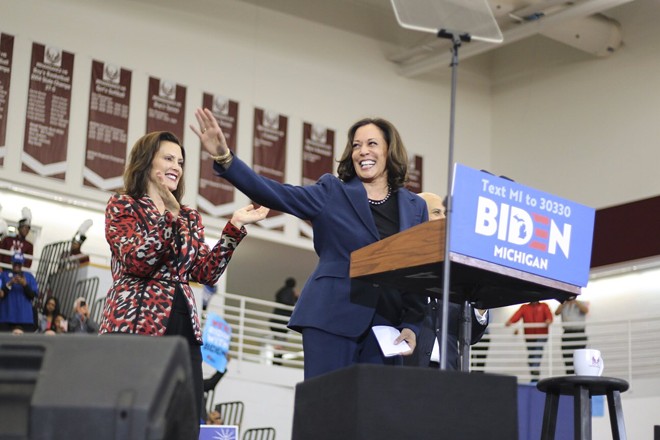 Gov. Gretchen Whitmer notified Joe Biden’s campaign in the spring that she did not want to be his running mate, The Associated Press reports, citing interviews with 10 people close to the vetting process.

As protests over police brutality broke out across the country following the death of George Floyd, the first-term governor said she was flattered but believed Biden’s running mate should be a woman of color.

Still, Biden pressed, telling her in a phone call in mid-June that he still wanted her to advance to the second round of vetting. Whitmer obliged, and on Aug. 2 she flew to Delaware for an in-person meeting with Biden.

In the end, Biden picked California Sen. Kamala Harris to be his running mate, making her the first woman of color to compete on a major party’s ticket.

Biden did, however, ask Whitmer to consider joining his administration if he wins in November. If Whitmer would take up the offer, Lt. Governor Garlin Gilchrist II would become governor. Currently there are no Black governors in the U.S.

Whitmer is scheduled to speak at the Democratic National Convention on Monday.