Detroit Lions offer Ford Field and staff to help with November election, becoming first NFL team to do so 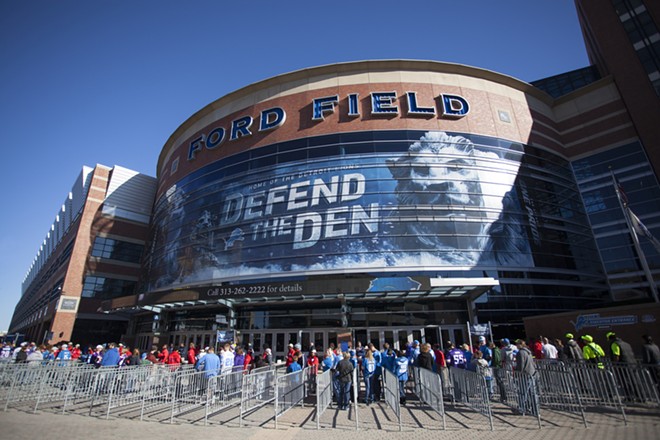 The Detroit Lions have offered the use of Ford Field and its staff to help with the November election, part of a partnership with Michigan Secretary of State Jocelyn Benson announced on Tuesday.

The team is the first in the NFL to do so, following a call for NFL teams to offer their arenas and personnel from Scott Pioli, a former NFL executive and co-founder of nonpartisan voter initiative RISE to Vote.

"I see this as an opportunity for the NFL in a very, very critical year to step up," Pioli said in July.

"We've got all these facilities that are publicly funded that our teams use year-in and year-out; let's serve the public," he added.

According to Crain's Detroit Business, Ford Field was financed in part with public funds, including $70 million from the Downtown Development Authority, $20 million from Wayne County, and $15 million from Detroit.

"I am so proud that the Detroit Lions are the first NFL team in the country to announce their plans to dedicate their arena, staff, and other resources to support our elections," Secretary of State Jocelyn Benson said in a statement. "Their leadership comes at a crucial time for our democracy and will fill critical needs for our voters and the City of Detroit."

The partnership will support the integrity of the Nov. 3 general election by using Ford Field to host eight of Detroit's 12 election boards, which are independent boards established to ensure the secure transmission of elections results and ballots voted in person at election precincts. The facility will also house ballots and equipment after precincts close.

Additionally, Detroit Lions staff will be given Election Day as a paid day off to serve as election workers and help with Ford Field's special operations. The Detroit Lions will also roll out a series of PSAs about voter education.

"We all desire real and lasting social change, racial healing, abundant opportunity for all, and meaningful social justice progress in many aspects of our democracy," Lions owner Sheila Ford Hamp said in a statement. "For this to happen, for our democracy to be responsive and to improve, we all need to register to vote, learn about the candidates who are running for office, and then cast our votes in person or by absentee ballot."

Also on Tuesday, the team announced it had canceled practice in protest of the shooting of Jacob Blake shooting by police in Kenosha, Wisconsin, who was shot multiple times in front of his family. The incident was captured in a viral video.

"As we came in today, as a team, we looked at each other in the eye and we realized that football is not important today," Lions safety Duron Harmon said. "We have a platform that we're able to use to not only raise awareness but to create change and we decided today that we was going to step forward and we was going to create change."

President Donald Trump has made repeated, unfounded claims that there will be voter fraud in the 2020 election.