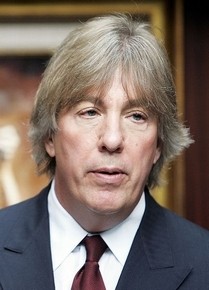 Disturbing details have emerged regarding the case of a Southfield woman who had been thought to be dead after suffering a cardiac event over the weekend — only to be found alive, breathing and with her eyes open at a Detroit funeral home.

The family of 20-year-old Timesha Beauchamp has retained high-powered attorney Geoffery Fieger to determine if authorities, including the first responders of the Southfield Fire Department, were negligent in their handling of Beauchamp, The Detroit News reports.

“She needed to be taken to a hospital, not a funeral home,” Fieger said during a virtual press conference on Tuesday.

According to Fieger, Beauchamp spent “at least” two hours in a body bag before being discovered by staff at the James H. Cole Funeral Home in Detroit.

It was originally reported that Beauchamp may have suffered cardiac arrest when 911 was called, but it appears she may have suffered a seizure that could have been a result of her cerebral palsy, which she treats with three daily breathing treatments.

According to Fieger, “the entire sad scenario gets very, very murky” once police and paramedics arrive to attempt 30 minutes of CPR and other life-saving efforts on Beauchamp. Southfield Fire Chief Johnny Menifee claims the woman did not show signs of life.

"It’s one of people's worst nightmares to imagine having an ambulance called and instead, sending you off to a funeral...

However, Beauchamp's godmother, a registered nurse who was with Beauchamp at the time, argued that her goddaughter was still alive and with a pulse, but was told by authorities that the movement she witnessed was a result of resuscitation efforts. Once her medical data was relayed and confirmed by a doctor at Providence Hospital and the Oakland County Medical Examiner's office, Beauchamp was declared dead and the body was released to the family.

Fieger says his client spent the hours between 9 a.m. to 11:30 a.m. in a body bag before being discovered alive by funeral home workers, who were preparing to embalm Beauchamp.

“They were about to embalm her which is most frightening had she not had her eyes open,” Fieger said. “They would have begun draining her blood to be very, very frank about it.”

According to WXYZ-TV, Beachamp is on a ventilator and remains in critical condition.