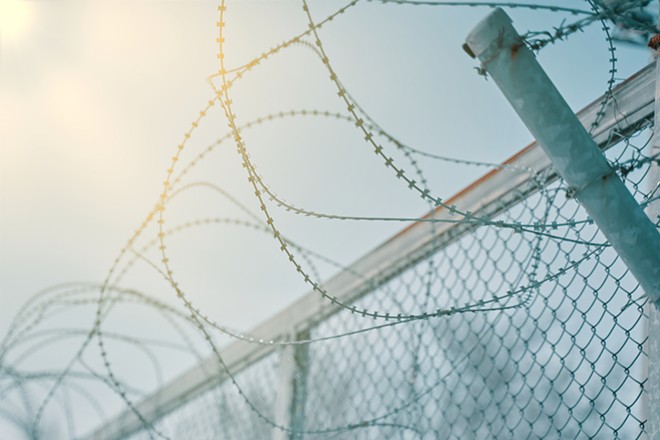 U.S. Rep. Rashida Tlaib is among three Muslims in the U.S. House who are calling for an investigation into claims that Muslim detainees at an ICE facility in Florida are being served pork, in violation of their religious beliefs.

In a letter to the Department of Homeland Security on Tuesday, Tlaib, D-MI, and Reps. Ilhan Omar, D-MN., and Andre Carson, D-IN, said the allegations appear to be credible and must be investigated.

“The fundamental values of religious freedom and equality before the law are essential to the fabric of our democracy,” they wrote. “We demand accountability for this treatment, and we look forward to working with your office to achieve it.”

The allegations were first raised by human rights groups Muslim Advocates and Americans for Immigrant Justice, which has demanded that the Department of Homeland Security and ICE stop feeding pork to detainees at the Krome detention center in Miami.

In a letter to the agencies, the groups said the meals have routinely included pork sausage, pork ribs, and other pork-based ingredients since the facility stopped serving food in the cafeteria amid the coronavirus pandemic.

Tlaib, Omar, and Carson said they're worried that other ICE facilities are serving pork to Muslim detainees. ICE also has been accused of denying Kosher meals to Jewish detainees, the congressional members pointed out.

“This incident in Miami is just one more in a long line of acts of gross dehumanization of our immigrant neighbors by the Trump Administration,” Tlaib said in a statement. “Federal officials must not be allowed to carry out the hate agenda of this President with impunity. Those subjected to this abuse deserve justice and I am proud to join my colleagues in demanding it, as well as working to ensure no other is subjected to it again.”

Omar added, “The United States was founded on principles of religious liberty and equality before the law. This episode represents only the latest betrayal of those principles by the Trump Administration — a presidency built on xenophobia and anti-Muslim hate — and a brutal reminder of the inhumanity of ICE detention. This cruel system of abuse must end and its perpetrators must be held fully accountable.”