Don't listen to Trump — voting twice is a felony that will be enforced, Michigan officials warn 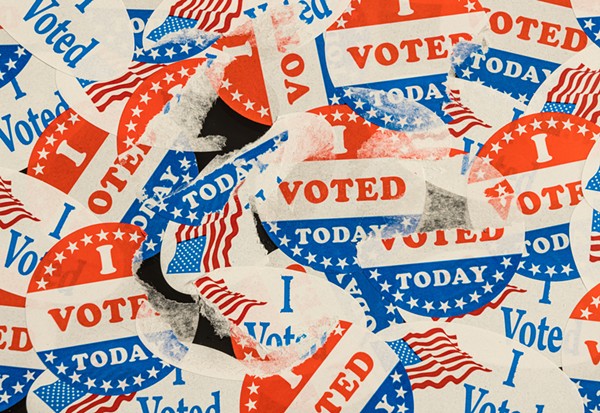 President Donald Trump’s suggestion on Wednesday that supporters in North Carolina should vote for him twice to test the absentee ballot system drew a strong rebuke from Michigan’s top election and law enforcement officials.

Intentionally voting twice is a felony under Michigan law, and it will be prosecuted, Attorney General Dana Nessel and Secretary of State Jocelyn Benson said Thursday.

“Let me be perfectly clear: voting twice is illegal, no matter who tells you do to it. The president’s idea is a great one for people looking to go to jail,” Nessel said in a news release. “My office will prosecute to the fullest extent of the law anyone who intentionally flouts our election laws.”

Trump has repeatedly made unfounded claims that mail-in voting will cause widespread fraud. At an airport in Wilmington, N.C. on Wednesday, Trump told supporters to vote once by mail and once in person.

"If you get the unsolicited ballots, send it in, and then go – make sure it counted,” Trump said. “And if it doesn't tabulate, you vote. You just vote. And then if they tabulate it very late, which they shouldn't be doing, they'll see you voted, and so it won't count. So, send it in early, and then go and vote. And if it's not tabulated – you vote. And the vote is going to count.”

Benson warned that election officials will be able to identify repeat voters.

“Our election system has been stress-tested by three successful elections already this year and in all of them proven that it is absolutely safe and secure,” Benson said. “We have protections in place to ensure election officials track and verify every ballot they send and receive and in every instance we ensure that each person gets only one vote.”

North Carolina’s State Board of Education alerted residents that voting twice is a felony, as is inducing someone to vote twice.

"Attempting to vote twice in an election or soliciting someone to do so also is a violation of North Carolina law," the board said.