Mississippi replaces Michigan in The Big Ten, according to White House flub 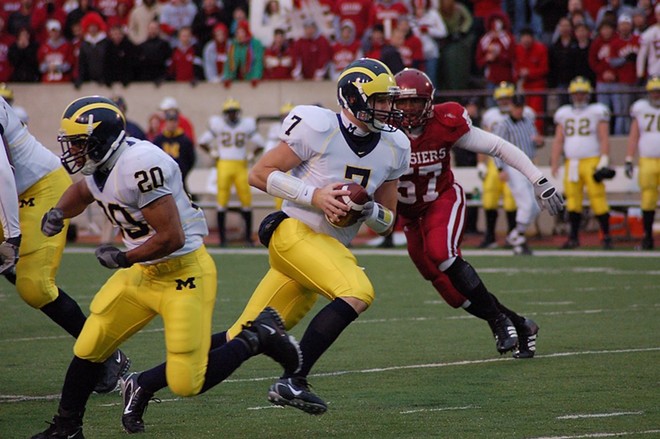 First, Fox News erroneously reported that Michigan was about to get struck by Hurricane Sally last week, and now, Michigan is getting booted from The Big Ten for Mississippi? No offense, Mississippi, but now this is personal.

According to a congratulatory announcement made by White House Press Secretary Kayleigh McEnany on Wednesday, Michigan's teams are no longer included in the 14 teams that make up The Big Ten. Instead, she listed Mississippi as one of the states whose teams should be popping bottles over the return of Big Ten football, after months of frustration from coaches, players, and fans, many of whom demanded the season resume despite COVID-19 concerns.

“I just spoke with the President, and he wanted to thank the commissioner of Big Ten football Kevin Warren and all of the players, parents, coaches, and fans — who wanted more than anything to play football,” McEnany in a video.

“The President was happy to get this thing going, and now you will have players in Maryland, New Jersey, Pennsylvania, Wisconsin, Ohio, Iowa, Indiana, Illinois, Minnesota, Mississippi, and Nebraska, who will now have access to football, which is very good to see.”

Big Ten football is BACK! 🏈 pic.twitter.com/bEYemfKqxm


We get it. Googling state abbreviations can be tricky. But football fans quickly jumped on the error.

Just for the record, "MI" is Michigan, NOT Mississippi. pic.twitter.com/L7OZH4EamD

She's completely up on state abbreviations.


In the fantasy world of Donald Trump and Fox News, MI stands for Mississippi pic.twitter.com/4qcU6ZHzaS


Others expressed outrage over President Trump's negligent mishandling of the coronavirus pandemic that led to the death of 200,000 Americans, all of whom are unable to enjoy a football game.

You have pressured unpaid college athletes into risking their long-term health and future athletic careers to achieve an illusion of normalcy to assist a presidential campaign. Congratulations on yet another failure of morality.


The Big Ten Conference announced Wednesday that it will play through a regular eight-game season, as well as a ninth division game ahead of the championship. All 14 teams are scheduled to start the season during the weekend of Oct. 24.

Following the announcement, Gov. Gretchen Whitmer said that her administration's mask requirements will apply to Michigan football, but said that those orders could potentially change.