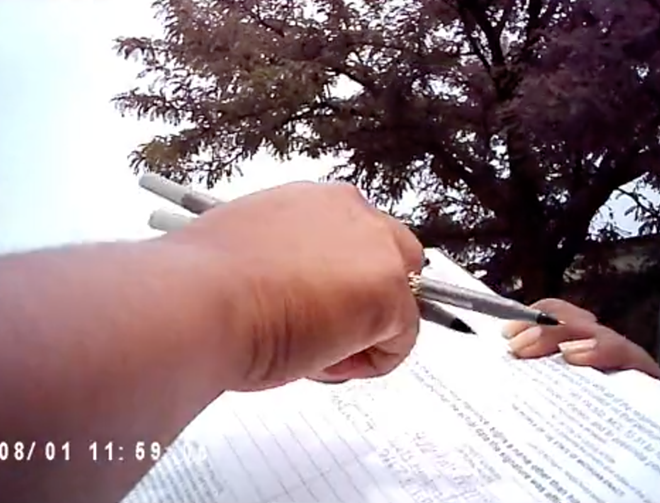 The group circulating petitions to repeal the law that empowers Gov. Gretchen Whitmer to impose restrictions during the coronavirus has been caught — again — resorting to illegal tactics to gain signatures.

In three undercover videos released Wednesday, petition circulators tell residents they can sign the names of people who are not present, even though signing someone else’s name is unlawful.

The videos and photographs were released by Keep Michigan Safe, a group opposed to the petition drive.

“From the beginning of their petition drive, Unlock Michigan has used illegal, corrupt and improper tactics to obtain signatures, which is why we need a thorough review of every petition sheet and every signature — and each and every circulator needs to be questioned,” Mark Fisk, spokesman for Keep Michigan Safe, said in a statement. “We continue to support the Attorney General’s criminal investigation into this matter and this newly released video of illegal tactics used by volunteers and paid circulators proves without a doubt this is far from the case of one bad apple. The entire bushel is rotten, and we need a full investigation to determine the extent of the illegalities and improper conduct by Unlock Michigan.”

The release of the latest batch of videos and photos comes two days before Unlock Michigan plans to submit more than 500,000 signatures to the Michigan Secretary of State’s Office. If the signatures are approved, the Republican-controlled Legislature has the authority to approve the repeal.

It’s not yet clear unclear whether the dirty tactics will impact the validation of the petition drive. Keep Michigan Safe is calling for a full investigation.

Nessel said her office also has received complaints that signature gatherers were lying to voters about the purpose of the petitions. In one complaint, a woman said a circulator approached her at the Eastern Market in Detroit and told her the petition was to support the LGBTQ+ community. Other people reported they were told the petitions were helping small businesses or supporting medical marijuana initiatives.

In one of the videos released Wednesday, a petition circulator at the Farmer’s Market in Brighton falsely says the intent is to place the issue on the ballot and then suggests a woman may sign her husband’s name.

“My husband hasn’t signed,” the woman says. “Can I put him down?”

“Yea, absolutely,” the petition circulator responds. "If you know his signature ... yeah, go ahead.”