Opinion: Extending Belle Isle Grand Prix to two weekends in 2021 is a violation of a public sanctuary 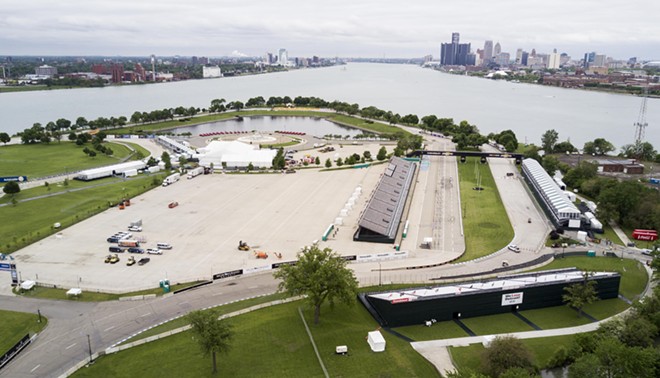 An ongoing environmental justice issue in Detroit has deepened with the surprise Oct. 1 announcement that Roger Penske’s Belle Isle Grand Prix intends to add a second weekend of auto racing next June.

During the isolation of the COVID-19 pandemic, evidence has mounted that access to nature, especially including bodies of water, is a public health necessity. Belle Isle has been crowded this year with throngs of visitors seeking respite and rejuvenation in one of the most beautiful and peaceful public parks in the nation. For bicyclists, runners, walkers, and motorists — including the elderly and disabled, who like to sit by the river and watch passing boats and freighters — access to the island is critical for their physical and mental well-being.

The Grand Prix disrupts this precious peace for two months each spring with barricades, fencing, grandstands, and equipment during the ridiculously long set-up and takedown for three days of racing. During race weekend itself, the most popular and accessible part of the island is closed to the public. Now this spectacle of corporate privilege wants to trespass in a public park for two weekends, not just one.

In 2013, the state of Michigan signed a 30-year lease of Belle Isle and it became a state park. Detroiters for the first time had to pay a fee to visit it. In August 2018, despite strong opposition from environmental groups and Detroit citizens, the MDNR renewed the race contract for three years (with a possible extension to five) after contentious public hearings.

According to that contract, an additional weekend of racing requires prior written consent from the DNR. It has not produced any evidence of such consent, and the Oct. 1 announcement was made by the Penske organization alone. So, it’s questionable how a second weekend of racing is even legal, and it’s painfully obvious that Penske’s organization is somehow running the park.

In remarks this year, Governor Gretchen Whitmer argued that the environment is a racial justice issue. This is certainly clear in the case of the Belle Isle Grand Prix. Disrupting precious public space in a majority-Black city to hold a for-profit corporate event must be viewed in that light. Adding a second weekend of racing in the park should not be tolerated.

Belle Isle is still the property of the city of Detroit. It does not belong to Roger Penske.

Michael Betzold is a member of Belle Isle Concern.