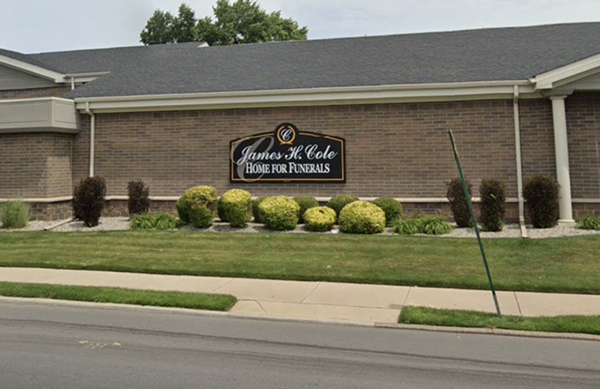 Timesha Beauchamp — the 20-year-old woman who was pronounced dead in her Southfield home and then transported to a Detroit funeral home, where she was discovered by staff alive in a body bag in August — has died.

According to the family's attorney, Geoffrey Fieger, who filed a $50 million lawsuit against Southfield EMS Paramedics earlier this month, Beauchamp died at Children's Hospital in Detroit on Monday due to brain damage, WXYZ reports.

In August, emergency services were called when Beauchamp suffered what was believed at the time to be cardiac arrest, though, later, was determined to be a seizure caused by her cerebral palsy and additional medical issues. During the emergency visit by the Southfield Fire Department, paramedics declared Beauchamp unresponsive, despite her family attesting to Beauchamp's active pulse and the persistent rise and fall of her chest.

The attending EMT, Michael Storms, who was one of four emergency response professionals on the scene — and one of two to have their licenses suspended by the state following an investigation of the incident — reportedly stopped resuscitation efforts prematurely by six minutes before getting permission to do so by a doctor via phone.

License suspension documents obtained by the Associated Press revealed that Storms provided inaccurate vital signs and other physical descriptions, and neglected to use a stethoscope to determine circulation or signs of respiration at any time during the evaluation. He did, however, use a monitor that clearly showed Beauchamp had not died, but assured the family that the breathing they were witnessing was nothing more than a side-effect of the medication she was on.

Following an investigation, it was determined that first responders spent a total of 30 minutes attempting to resuscitate Beauchamp via CPR before pronouncing her dead.

Beauchamp was deprived of oxygen for up to four hours before being discovered alive by staff at the James H. Cole Funeral Home in Detroit just as they were preparing to embalm her. The staff immediately called the authorities, at which point Beauchamp was transported to the hospital.

“They were about to embalm her, which is most frightening had she not had her eyes open,” Fieger said at the time. “They would have begun draining her blood to be very, very frank about it.”

In a statement shared with WXYZ, this is not the first but will be the last time Beauchamp's family has mourned her death.

“Our whole family is devastated. This is the second time our beloved Timesha has been pronounced dead – but this time she isn’t coming back,” they said.