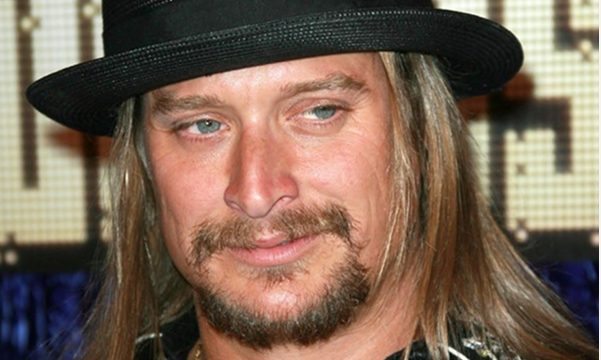 Nothing screams Kid Rock more than a grammatically incorrect, profanity-laden tweet aimed at the CEO of Twitter — you know, the dude who co-created the very platform.

The 49-year-old “straight out the trailer” wannabe cowboy took issue with Twitter CEO Jack Dorsey over the weekend, using Twitter to launch his insult, paired with a photo of a heavily bearded Dorsey.

“Look at this bitch ass mother fucker! Have a great weekend. Kid Rock,” he wrote.


His tweet follows blowback from the right because Twitter had blocked links to two controversial and questionable New York Post articles regarding Democratic presidential candidate Joe Biden's son, Hunter Biden. The reporter behind the Post's front-page exposé, which was based on photos and documents allegedly acquired from Hunter's laptop hard drive, refused to put his byline on this story, as he and other staffers had concerns over the its credibility. (Even Fox News took a pass on the scoop.)

The new rules state that Twitter's policy applies not to “articles by news outlets reporting on hacked materials but only in those cases when the hacked material is directly shared by hackers or those acting in concert with them.”

Additionally, Twitter has committed to providing context rather than blocking links from being shared.

Straight blocking of URLs was wrong, and we updated our policy and enforcement to fix. Our goal is to attempt to add context, and now we have capabilities to do that. https://t.co/ZLUw3YD887


On Monday, the Senate Judiciary Committee postponed its vote to subpoena the CEOs of Twitter and Facebook to ask them to testify regarding allegations that the social media platforms maintain and support an anti-conservative bias.

Speaking of bias, Kid Rock has been hella active politically in the last few years — even faking a run for U.S. senate back in 2017. More recently, he's stumped for right-wing Michigan Senate hopeful John James, and, last month, he paid a visit to Harrison Township to perform at a MAGA rally hosted by Donald Trump Jr.

Kid isn't alone in his Trump worship, though. Fellow Michigan-bred dipshit Ted Nugent performed at a Trump rally this weekend, where he hailed the Cheeto in Chief as “the greatest president of our lifetime.” Oh, and rapper 50 Cent also came out via social media to endorse Trump, even though “he doesn't like Black people.” Apparently, Biden's tax plan isn't fit for P.I.M.P.s .

Anyway, Kid Rock fans, for the most part, loved his anti-Twitter Twitter rant.

“Love you Kid. Im stuck in my house with Rona. Been watching your videos. TRUMPTRAIN,” one tweet read.

“TRUMP 2020 KID ROCK LOVE YOU MAN, CAN'T WAIT TO SEE YOU AGAIN IN CONCERT SEEN YOU IN CHARLOTTE NC,” another says.

But amid the flurry of amens, American flag emojis, and #RedWave replies, one voice rose high above the Trump gifs to deliver this truth bomb: “If you don’t like it, don’t use it. You’re just feeding the monster.”

Oh, and Kid? It's actually “bitch-ass” and “motherfucker.” Just saying.