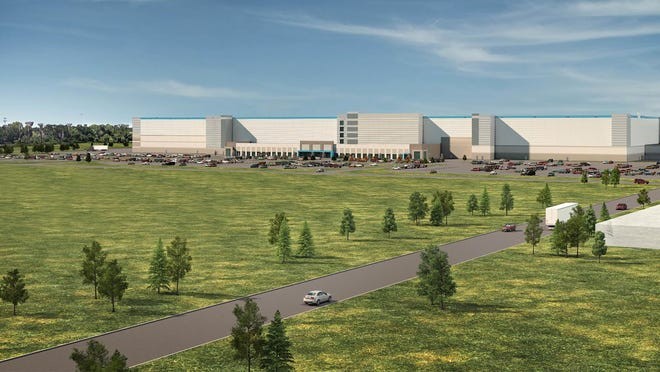 The State Fairgrounds Development Coalition filed a lawsuit Tuesday against the city of Detroit and Mayor Mike Duggan to prevent the sale of land for a $400 million Amazon distribution center.

The Detroit City Council on Tuesday approved the sale of 138 acres to Sterling Group and Hillwood Investment Properties, which plan to build a $400 million, 3.8-million-square-foot Amazon fulfillment center at the site of the former Michigan State Fairgrounds.

The suit, filed by the nonprofit Sugar Law Center for Economic & Social Justice, alleges the city sold the land for less than it’s worth, and therefore the sale is subject to the Community Benefits Ordinance (CBO), which requires large-scale developers to negotiate benefits packages with neighborhoods. CBOs are required when the city offers tax incentives to developers or sells property below its market value.

The coalition alleges the city sold the land for $9 million, but it’s worth at least $11.1 million, according to a draft appraisal. The property is likely worth far more, the lawsuit alleges, because it’s based on an uncertified appraisal that “understates the fair market value.”

“The defendants have not properly determined the market value of the State Fairgrounds site,” the lawsuit states.

Detroit’s top attorney Lawrence Garcia tells Metro Times that the city received $16 million for the land, which the city bought for $7 million less than two years ago.

This is where it gets tricky. Included in the $16 million price tag is a $7 million reimbursement to the city for building a transit center and paying for environmental remediation and demolition of buildings on the land. Whether the reimbursements count toward the price of the property may be decided by a judge.

Frank Hammer, co-chair of the State Fairgrounds Development Coalition, tells Metro Times that the city is “disingenuous” for lumping the reimbursement in with cost of the property.

“The trick was to say that the $7 million transit center should be included in the price of the land,” Hammer says. “That’s a flagrant lie. The land was sold for $9 million, which is seriously undervalued.”

Lawrence says the lawsuit is meritless.

“The whole thing may be a media stunt,” Lawrence says, “but regardless of the Plaintiffs’ intent, there are several things wrong with the claims. Chief among those deficiencies are: (1) the objection comes too late – months after the City announced the deal; (2) the sale is NOT below market value.”

The lawsuit also alleges the city violated the Community Outreach Ordinance, which requires input from residents before amending the city’s master plan. The city skipped that step when it amended the master plan to change the designation of the State Fairgrounds site from “regional park” to “light industrial,” the lawsuit states.

“Defendants have deprived residents of the City of Detroit of the rights and privileges they are entitled to under Detroit’s Community Benefits Ordinance and Community Outreach Ordinance,” the lawsuit alleges.

The State Fairgrounds Development Coalition was created in 2012 to provide community input about the future development of the site.