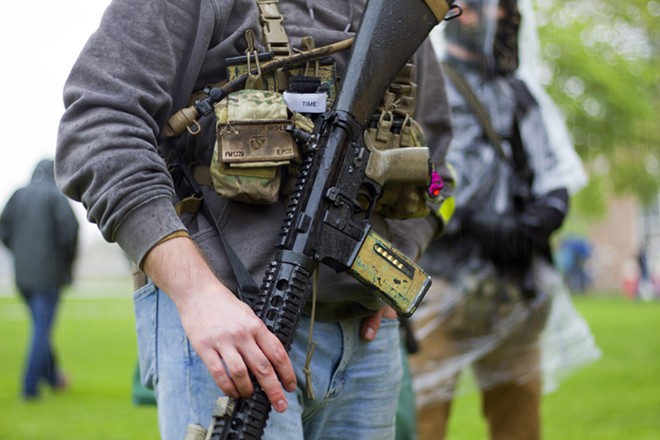 Three gun rights groups have filed a lawsuit against Michigan Secretary of State Jocelyn Benson to nullify her ban on openly carrying firearms at or near polling locations on Election Day.

"Nowhere within Michigan's Constitution is the office of the Secretary of State empowered to issue directives regarding the time, place or manner of elections," the suit said. "Indeed, those powers are specifically limited to the Legislature."

The groups are asking a judge to issue an injunction to suspend Benson’s order before Election Day.

The Michigan Association of Chiefs of Police also criticized the order, arguing it does not give police “the authority to enforce the Secretary of State edict.”

Benson issued the directive last week amid growing concerns about violence and voter intimidation on Election Day. Michigan is among five states with the highest risk of right-wing militia violence during and after the election, according to the Armed Conflict Location Data Project, a nonprofit that tracks political violence.

President Donald Trump also has called for an “army” of supporters to “monitor” voting, raising concerns of armed thugs showing up outside polling places.