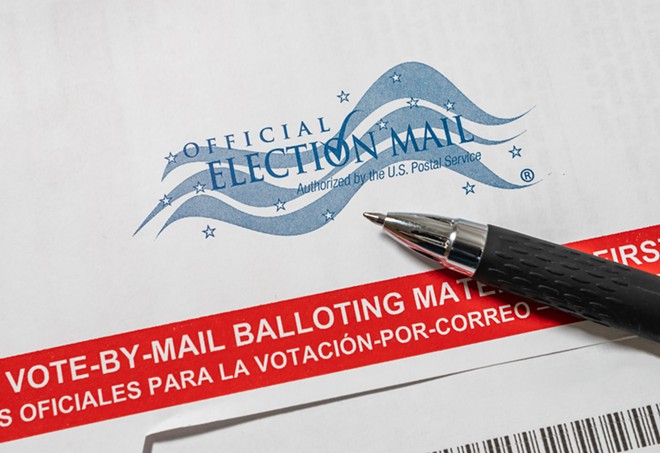 Don't bother staying up late on Election Day, because officials in Michigan say it's going to likely take longer than usual to count all the ballots for the Tuesday, Nov. 3 general election.

That's because of the unprecedented volume of mail-in ballots local clerks are reporting in Michigan, as is the case in other states, due in part to the pandemic. In 2018, Michigan voters approved no-reason absentee ballot voting.

Several local officials held a Zoom meeting on Thursday to explain the situation. In Hamtramck, City Clerk August Gitschlag said the tiny two-square-mile city has already seen seven times the typical number of absentee ballots. Due to state law, however, they can't start counting the ballots until Election Day.

"We've been working round-the-clock to process absentee applications and send out ballots," said Hamtramck City Clerk August Gitschlag. "But we don't have the infrastructure to keep up with the overwhelming demand. We will count every vote, but being right is more important than being fast. I want to urge everyone to please be patient."

"We see every sign that this will be a high-turnout election all across Michigan," Wheeler said. "Secretary of State [Jocelyn] Benson and our team are working incredibly hard to make sure that every vote is counted fairly, efficiently and accurately. We're going to get this right."

It's too late to send absentee ballots by mail. However, voters can vote early in-person at their local clerk's office. See here for a breakdown of the deadlines, and michigan.gov/vote for more information, like the location of your local clerk's office, early voting sites, and satellite voting locations.