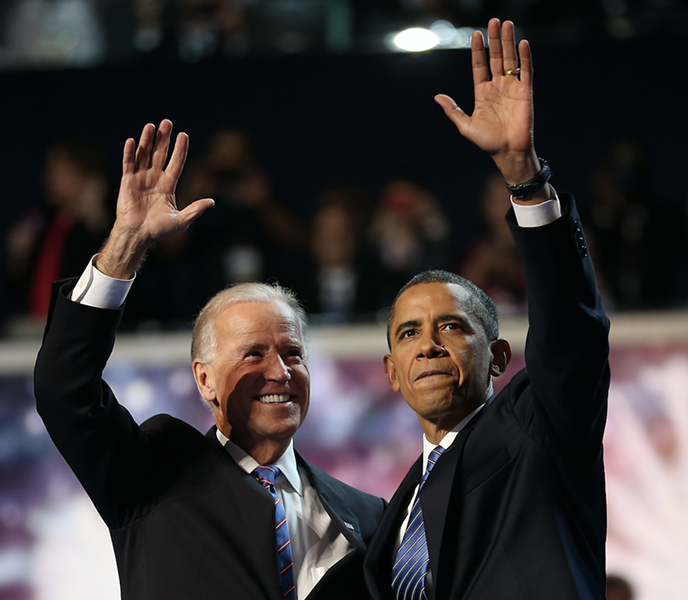 When they go low, we call in the big guns to deliver what will hopefully be the final blow to President Donald Trump's reelection effort, at least in a few key battleground states, including Michigan.

President Barack Obama is on one, folks. Last week, while campaigning for his former vice president and bestie Joe Biden at a drive-in rally in Philadelphia, he did not hold back and delivered some searing commentary on just how big of a flaming shitbag Donald Trump really is:

“Donald Trump isn’t going to suddenly protect all of us. He can’t even take the basic steps to protect himself.” Zing!

“You'll be able to go about your lives [if Biden wins] knowing that the president is not going to retweet conspiracy theories about secret cabals running the world or that Navy SEALS didn't actually kill bin Laden. Think about that. The president of the United States retweeted that! Imagine! What? What?” The shade!

Well, in the final crunch before the election — just 72 hours to be exact — Obama and Biden will make an appearance in Michigan to address voters. According to a brief, two-sentence press release from the Biden camp, Obama will join Biden to discuss “the crises facing the country and win the battle for the soul of the nation.” Details as to the when and where of the event have yet to be announced.

Described by The New York Times as “Joseph R. Biden Jr.’s 2020 battering ram,” Obama won Michigan in 2008 and 2012. In 2016, Michigan shocked the country when it handed Trump the win by a mere 10,704 votes, or, as When We All Vote co-chair and former first lady Michelle Obama broke it down during her closing statements at this year's Democratic National Convention, “the winning margin averaged out to just two votes per precinct — two votes,” she said, referring to Michigan.

Hot on Biden's heels is Trump, who will be making a quick return trip to Michigan when he visits Oakland County on Friday. On Tuesday, during a rally in Lansing, Trump once again begged suburban women to vote for him, pandering to them with outdated gender-role rhetoric: “We're getting your husbands back to work, and everybody wants it,” he said.

Anyway, Obama put it best when he gave Trump the old one-two in Philly:

Thanks, Obama. No, really. Thank you for the reminder as to what's at stake Nov. 3: American sanity.