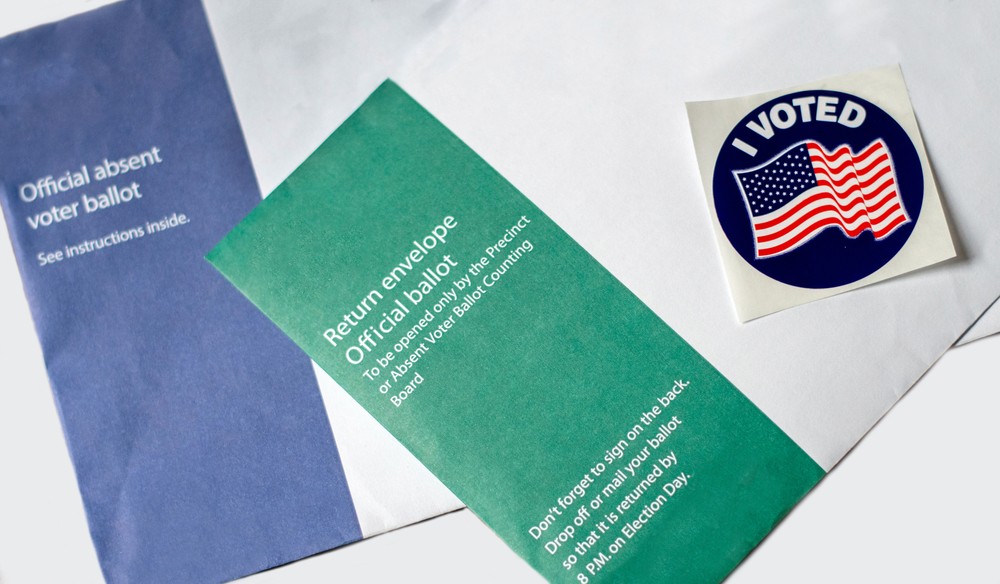 President Donald Trump got a few things wrong on Tuesday when he tweeted that Google searches for how one can change their vote after having already cast an early ballot surged following the second presidential debate.

“Strongly Trending (Google) since immediately after the second debate is CAN I CHANGE MY VOTE?” Trump tweeted. “This refers changing it to me. The answer in most states is YES. Go do it. Most important Election of your life!”

Well, first of all, though searches for "Can I change my vote?" increased slightly around the time of the debate, Google did not discern whether those searches were specific to changing Biden votes to Trump, according to Vox.

Strongly Trending (Google) since immediately after the second debate is CAN I CHANGE MY VOTE? This refers changing it to me. The answer in most states is YES. Go do it. Most important Election of your life!


Trump also falsely claimed that “most states” have processes to allow for spoiling a ballot to change an absentee ballot or early vote to another candidate, when in fact there are just a select few that do — including Michigan.

Though purposely spoiling an absent voter ballot is usually done during the primary election when candidates start to drop out, Michigan voters still have time to spoil their ballots for next week's election and vote for someone else.

According to the Secretary of State's office, voters have until 5 p.m. on Friday, Oct. 30 to submit, by mail, a signed request for a new ballot. But officials are strongly discouraging people from mailing anything election-related given Trump's cuts to the U.S.P.S., so people should take their ballots to an official dropbox or turn them in directly to their respective local clerk's office, as mail delays may prevent ballots from being counted by the lawful deadline of 8 p.m. on Tuesday, Nov. 3.

Voters also have until 10 a.m. on Monday, Nov. 2 to spoil their ballot in person at their local clerk's office. For those who have filled out their ballots but have not submitted it, they have the option to “surrender” it in-person to their polling place/precinct on election day or sign a statement stating that the ballot was lost or destroyed and vote at the polls. (There is no option on Election Day to spoil an absentee ballot that has been received by the clerk.)

“Citizens who already have an absentee ballot should sign the back of the envelope and hand-deliver it to their city or township clerk’s office or ballot dropbox as soon as possible,” Secretary of State Jocelyn Benson said in a press release. “Voters who haven’t yet received their ballot should go to their clerk’s office to request it in person. They can fill it out, sign the envelope and submit it all in one trip.”

In Michigan, more than 53,000 ballots have been spoiled, but Michigan Department of State spokesperson Jake Rollow told MLive that the number is likely attributed to those ballots with printing errors or issues with signatures.

“That’s actually what I’ve heard much more about,” Rollow said. “I’m sure there are also some ballots that have been spoiled by voters themselves, but I haven’t heard that that’s a significant issue.”

Though more than 2.1 million absentee Michigan ballots have been submitted so far, there are still 1 million ballots outstanding, according to Benson, who estimates two-thirds of all votes to be cast via absentee ballots and another 2 million will be cast in-person on election day.

Voters who wish to check on the status of an absentee ballot they have submitted can do so by using the Michigan Voter Information Center portal, where people can also identify registration status, polling locations, and can view a sample ballot.

You can also learn more about voting in our voter guide.