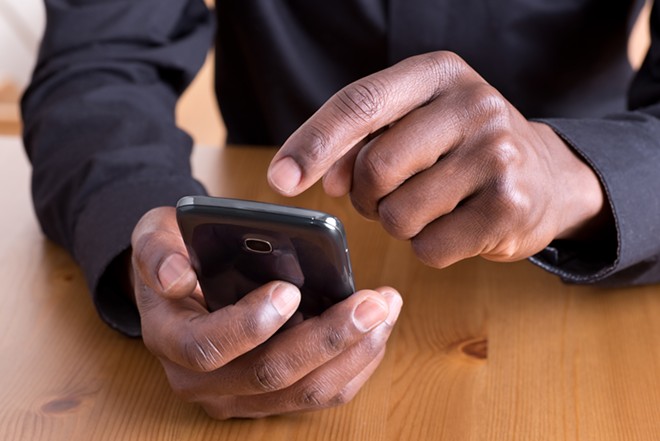 Dearborn is a Democratic stronghold.

The text message stated, “URGENT ALERT: Due to a typographical error, Scantron ballots being used for the 2020 Election has swapped sensors. If you are intending on voting for Joe Biden, you must bubble in Trump and vice versa.  –Federal Berue [sic] of Investigation.”

Voters reported that the same message was posted on Facebook, but Michigan Attorney General Dana Nessel’s Office was unable to confirm because the post may have been deleted.

“Do not fall for it, it's a trick!” Nessel tweeted.

[AG ELECTION ALERT]: Dearborn voters, text messages are reportedly being sent to trick you into thinking there are ballot sensor issues. Do not fall for it, it's a trick! Visit https://t.co/7MBWZSJ4Zd and follow @MichSoS for any updates. pic.twitter.com/NEot16yIqD


Nessel also reported that Flint voters have reported receiving robocalls falsely notifying them to vote Wednesday "due to long lines."

"Obviously this is FALSE and an effort to suppress the vote," Nessel tweeted. "No long lines and today is the last day to vote. Don’t believe the lies! Have your voice heard!"

Getting reports of multiple robocalls going to Flint residents that, due to long lines, they should vote tomorrow.
Obviously this is FALSE and an effort to suppress the vote. No long lines and today is the last day to vote. Don’t believe the lies! Have your voice heard! RT PLS.


Secretary of State Jocelyn Benson said Michigan is on pace for a record-breaking turnout, with 3.1 million people casting absentee ballots as of Tuesday morning.

“To be at 3.1 million on the morning of Election Day is an extraordinary vote of confidence in our absentee voting system and the clerks all around the state,” Benson said.

She added, “More people will vote in this election than ever before in this state’s history. That’s what we’re on track for.”

Every precinct in the state opened on time without any reported problems, “welcoming a steady stream of voters – no crowds, no lines,” Benson said.

“For the one of the first time we can remember, every single precinct in Detroit opened on time, fully staffed, ready to go,” Benson said.

Anyone who encounters problems at the polls is asked to call 866-OUR-VOTE.