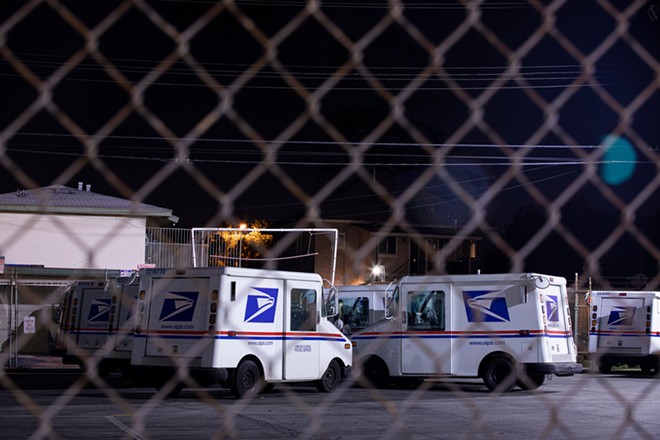 What the hell is going on with President Donald Trump's United States Postal Service? It seems determined not to do the thing it's supposed to do — you know, send mail.

On Tuesday, a federal judge ordered USPS to do a "sweep" of its facilities for any missing absentee ballots that haven't yet been delivered in battleground states, including Michigan. U.S. District Judge Emmet Sullivan gave USPS a deadline of 3 p.m. to do the sweeps so they would be counted by the time polls close at 8 p.m.

But Tuesday evening, lawyers for USPS said the agency was disregarding the order and would instead work by its own schedule.

The news comes even after USPS disclosed on Tuesday that 300,523 ballots nationwide had been flagged as entering postal processing plants but not exit them, according to The Washington Post.

In Michigan, 85.6% of absentee ballots have been returned, according to the Post.

A report by Sen. Gary Peters found that the Detroit area had the slowest mail in October following Postmaster Louis DeJoy's cuts to the agency — which he decided to do in the middle of a pandemic during an election year, for some reason.