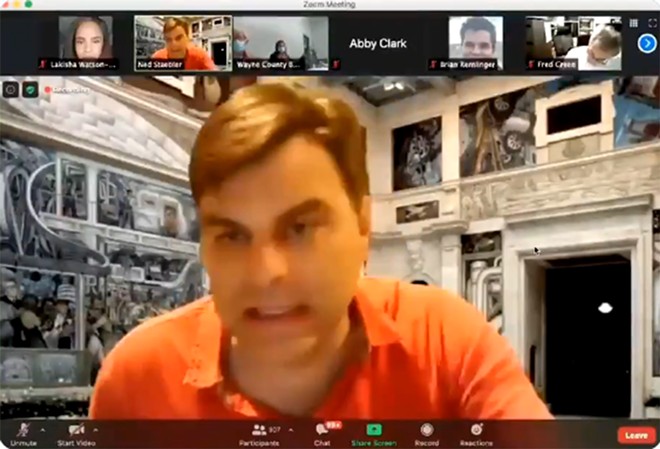 All eyes were on Wayne County on Tuesday evening as the county's election board, deadlocked in an unprecedented partisan vote, initially declined to certify Detroit's election results — only to quickly reverse course after concerned citizens called them out during the meeting's public comment.

As predicted, Republicans are now pointing to any election errors as evidence of a grand conspiracy against soon-to-be-former-President Donald Trump, who lost to Joe Biden by nearly 150,000 votes in Michigan. Detroit's elections have long been dogged by glitches and other issues, and Republicans seized upon them as proof that the entire county's votes, which went largely to the Democrats, needed to be recounted. At one point, one of the county board's Republicans, Monica Palmer, suggested certifying all votes except for those in Detroit, leading to accusations of racism.

Though many people turned out to call out the Republican board members for attempting to disenfranchise to vote of the nation's Blackest big city, one man — a white guy — emerged as a viral star of the night for his impassioned plea.

That man was Ned Staebler, CEO of Detroit business incubator TechTown, who plainly called out the attempted coup in no uncertain terms.

"The Trump stain, the stain of racism that you, William Hartmann and Monica Palmer, have covered yourself in, is going to follow you throughout history," Staebler said.

You can watch the clip below:

Please Watch @NedStaebler — a Wayne County Board Member of Canvassers stuff in a locker @HartmannDude and @monicaspalmer — the two members that refused to certify the ballots for the county...pic.twitter.com/iGl3LSf3Sw

The video went viral on Twitter, garnering thousands of retweets. Many Twitter users inquired about Staebler's Zoom background — which is of course the famous "Detroit Industry Murals" by Mexican artist Diego Riviera at the Detroit Institute of Arts.

Room Rater, a Twitter account born during quarantine that rates the rooms of celebrities, politicians, journalists, and pundits, gave Staebler a perfect 10/10 for a "bravo performance saving democracy in real time" and "for highlighting Diego Rivera’s Detroit Industry Murals."


Even the DIA quietly addressed the drama, posting a link to download its "Detroit Industry Murals" Zoom background late in the evening on Tuesday.