Michigan Board of State Canvassers certifies election results, delivering another blow to Trump 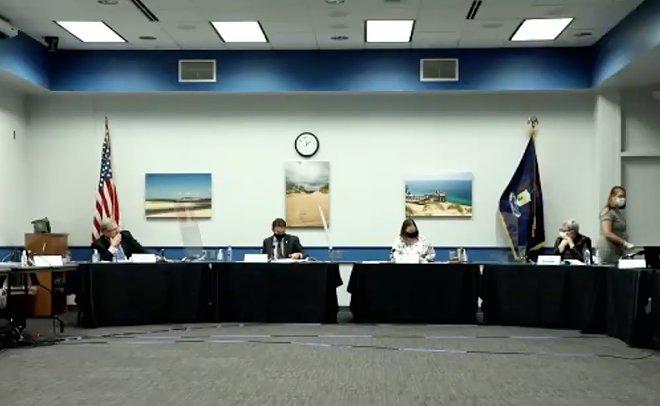 The Michigan Board of State Canvassers on Monday certified statewide election results, setting President-elect Joe Biden on the path to receiving the state’s 16 Electoral College votes.

The certification is a significant blow to President Donald Trump’s attempts to reverse his election loss by making spurious claims of widespread fraud.

The canvassers voted 3-0 in favor of certification, with Republican Norman Shinkle abstaining. The board's other Republican, Aaron Van Langevelde, said he agreed with legal experts that state law requires the board to certify the election results based on county returns.

“I’ve had a pretty good chance to look at the law,” Van Langevelde, an attorney, said. “We have a duty to certify this election based on these returns. That is very clear.”

Shinkle wanted to delay certification in hopes that the election process could be investigated, stopping short of the false, conspiratorial rhetoric used by Trump and Republican operatives.

“Michigan has a problem conducting elections. For that I apologize to the citizens and the nation,” Shinkle said. “There is no excuse for the confusion and uncertainty that seems to follow every election in our state.”

After the vote, Michigan Secretary of State Jocelyn Benson declared, "Democracy has prevailed."

"Our democracy, like the election officials who administer it, is resilient," Benson said in a statement. "Today it and they survived an unprecedented attack on its integrity. There will no doubt be more similar attacks in the future, based in falsehoods and misinformation. But then, as now, we will be ready to respond as always with facts, data, and the truth."

Michigan Bureau of Elections Director Jonathan Brater said there’s no evidence of widespread fraud and encouraged the board to certify.

“Overall we had an extremely well-run and secure election,” Brater said.

Before the vote, dozens of people spoke during the public comment period, a vast majority of whom urged the board to certify the election results.

“A failure to certify these election results will signal to the country that democracy is dying in Michigan,” Ingham County Clerk Barb Byrum told the board. “You will be slapping every election worker in the face and disenfranchising every Michigan voter.”

Biden won the election in Michigan by 154,188 votes. With results certified, electors will cast Michigan’s 16 votes in the Electoral College on Dec. 14.