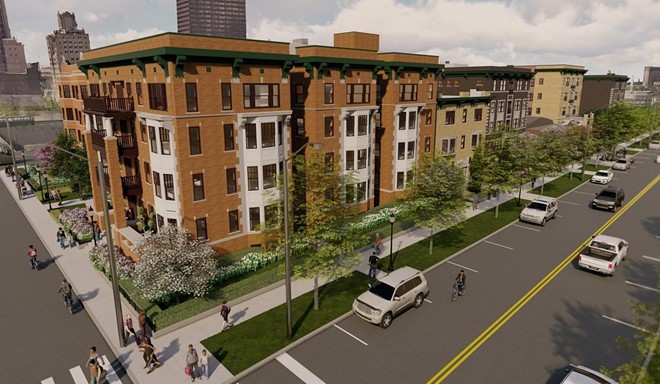 The Ilitch organization's long-delayed project to revamp large swaths of vacant and blighted areas surrounding Little Caesars Arena may soon rev back up with plans to renovate six historic apartment buildings in the Cass Corridor.

The buildings, four of them vacant, are at Cass and Henry just southwest of the arena and would be a mix of 170 affordable and market-rate rentals. The $60 million project is a collaboration between Ilitch organization’s Olympia Development and Cinnaire Solutions, a nonprofit community development group that has invested hundreds of millions of dollars in revitalization projects in Detroit.

The Cass-Henry renovations are part of The District Detroit, a 50-block area around the publicly financed arena.

“We are optimistic and excited for Detroit’s future and are planning community-minded development that will help to meet the city’s housing needs while bringing new and vibrant opportunities to The District Detroit,” Keith Bradford, vice president of Olympia Development, said in a news release. “Cinnaire Solutions is a trusted partner with the resources to advance vulnerable communities, and we are pleased to partner with them to move this important work forward with the city.”

If all goes as planned, the project is good news for preservationists. In August 2017, protesters gathered outside two of the buildings — the long-vacant Atlanta Apartments at 2467 Cass and former Hotel Ansonia 2447 Cass — after getting word that Olympia Development had planned to demolish them. 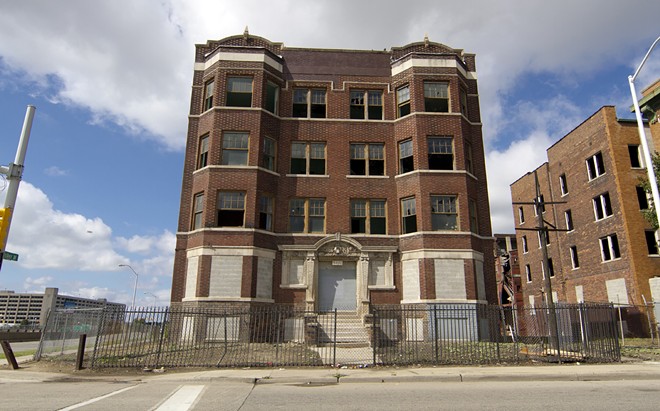 Two of the buildings — Berwin Apartments at 489 Henry St. and Bretton Hall at 439 Henry — are still occupied, and those tenants would be offered rental rates similar to what they are paying once renovations are complete, Bradford told The Detroit Free Press.

Of the 170 renovated apartments, 84 would be rented out to lower-income residents at below-market rates, Bradford said.

Before renovations begin, developers must sort out subsidies for lower-income housing and get city and historic district approvals. Olympia Development is also renovating the historic, 13-story Eddystone apartment building next to the arena, and it could open as early as next fall.