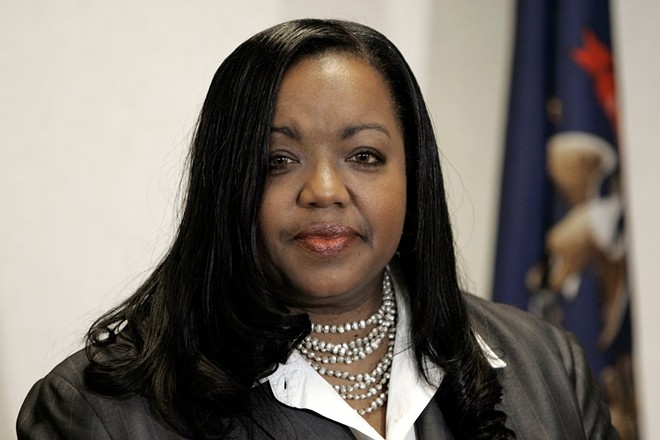 The funding will help the nonprofit group and Prosecutor Kym Worthy’s Conviction Integrity Unit review cases and send DNA evidence for testing in cases involving people imprisoned for crimes they may not have committed.

Already this year, the partnership led to the exonerations of Ramon Ward, who served 27 years in prison for murders he didn’t commit, and Lacino Hamilton, who spent 26 years behind bars on a wrongful conviction of second-degree murder and firearms charges.

Since the prosecutor’s Conviction Integrity Unit was launched in January 2018, it has received more than 1,500 requests for post-conviction investigations. About 15% of the cases involve forensic evidence such as DNA testing.

Unfortunately for the case of Ray Gray, a Detroit man who says he's been wrongfully imprisoned for nearly 50 years, the case is so old that there is no DNA evidence.

However, the WMU-Cooley Innocence Project is reviewing more than 200 cases in Wayne County.

“Having the access to prosecution records will greatly aid the traditional process, which requires defense attorneys to file motions to access evidence and obtain testing,” the prosecutor’s office and Innocence Project said in a joint news release. “There will be no need to involve the courts with respect to the testing of evidence, since the parties will jointly decide whether testing may bear upon the reliability of the verdict.”

"The Department of Justice funds will allow our office to continue to provide high-quality legal services to prisoners whose innocence may be proven through DNA testing,” Mitchell-Cichon said. “We look forward to continuing our partnership with a prosecutor’s office that is committed to rectifying wrongful convictions and improving the criminal justice system.”