Iran incited violence against Whitmer, other officials on 'Enemies of the People' website, FBI says 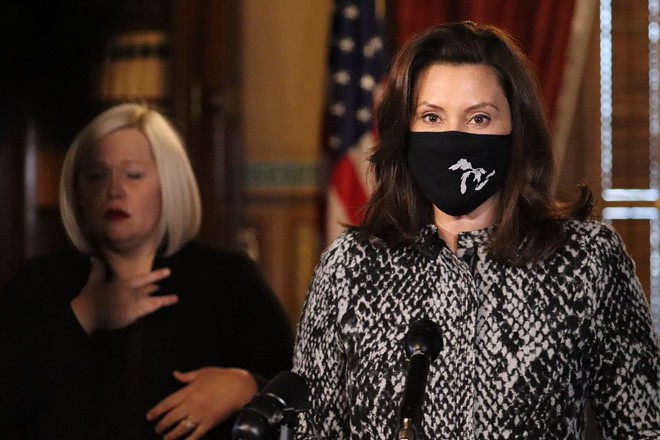 The FBI is once against investigating online threats against Gov. Gretchen Whitmer, who has become an obsession of right-wing zealots and conspiracy theorists.

This time the FBI says Iran is behind a website that incited violence against Whitmer, the bureau’s director Christopher Wray, and about a dozen other state and federal officials who have challenged President Donald Trump’s baseless allegations of election fraud.

The website titled “Enemies of the People” listed images, home address and other personal information about the officials, falsely claiming they engaged in treason because they “aided and abetted the fraudulent election against Trump,” The Wall Street Journal reports.

Their photos were superimposed with crosshairs.

The website, which was active about two weeks ago but is no longer online, accused swing-state governors, voting system executives, and others of “changing votes and working against the President” in a plot to “overthrow our democracy.”

The website made the rounds on social media with the hashtags #RememberTheirFaces and #NoQuarterForTraitors.

The FBI plans to make an announcement about the website with the Cybersecurity and Infrastructure Security Agency on Wednesday.

“Governor Whitmer is thankful for the FBI, Michigan State Police and all law enforcement involved," Chelsea Parisio, a spokeswoman for the governor, tells Metro Times in a statement. "This news is deeply troubling and further points to why such intense, hateful rhetoric needs to stop. The governor has repeatedly urged those with a platform to speak out against it and help turn down the heat. We must all unite together against our common enemy, COVID-19.”

The FBI alerted some of those targeted with the following statement: “The FBI is in possession of highly credible information indicating Iranian advanced persistent threat actors were almost certainly responsible for the creation of a website, called ‘Enemies of the People’ containing death threats aimed at U.S. election officials in mid-December 2020,” The Washington Post reports.

Iran, which also has been accused of trying to interfere in the 2020 election, denied responsibility.

In October, the FBI arrested a group of men accused of plotting to kidnap the governor.

The FBI also said it was aware of a Metro Times story in May that showed dozens of Michigan residents, fueled by conspiracy theories and disinformation about the coronavirus, had promoted violence and mobilized armed rallies against the governor. Facebook shut down the groups in response to the story.