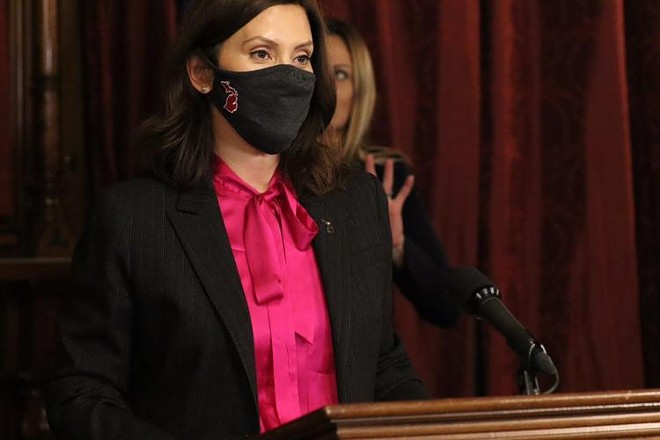 An investigation into a firm linked to Governor Gretchen Whitmer's re-election campaign that was briefly contracted by the state to develop a COVID-19 contact tracing app found no evidence of criminal conduct, according to a new report from Attorney General Dana Nessel.

In April, as the coronavirus pandemic exploded in Michigan, Whitmer came under scrutiny for her ties to Grand Rapids-based Great Lakes Community Engagement, which was tapped to manage a contact tracing app project. The firm is owned by Mike Kolehouse, a Democratic political consultant, who planned to use a software company that was been a vendor for Whitmer's re-election campaign.

But after eight months, interviews with 17 people, and a review of thousands of emails and other documents, a team of three criminal investigators and four assistant attorneys general found no evidence of wrongdoing. The 29-page report was released by Nessel's office Wednesday.

"I appreciate the concern raised by Sen. Runestad but I also appreciate the reality under which this contract was pursued," Nessel said in a statement. "With the benefit of hindsight, there may have been a better way to accomplish the Department's ultimate purpose but we found no evidence of criminality. Instead, it appears the imperfect process used here was mainly a result of the Department's attempt to get a contact-tracing program underway as quickly as possible in light of the dire public health crisis."

Nessel's office recommends that any request for criminal charges arising from the procurement of the contract to perform contact-tracing for COVID-19 positive cases be denied.

Michigan released a contact tracing app last month. Developed by Apple and Google, MI COVID Alert is available for free for iOS and Android devices. Using wireless Bluetooth technology, the app warns users if they may have recently been in close contact to another app user who tested positive for COVID-19, alerting them to get tested and quarantine. It does this anonymously, so you won't know who the contact is or where it happened.