Michigan electoral votes expected to be challenged in Congress 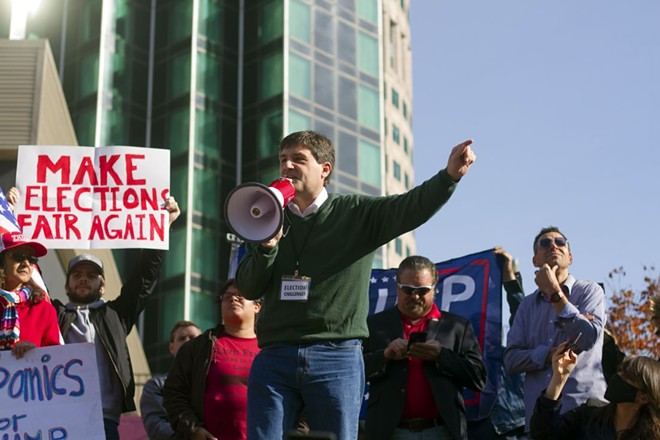 It appears the drama over Michigan's presidential election results will carry over into 2021.

A group of House Republicans and Sen. Josh Hawley, R-Mo., have said they plan to challenge the Electoral College votes from key battleground states on Jan. 6, when Congress meets to validate the results in a joint session.

Robert Yoon, a political journalist and visiting professor at the University of Michigan, said it's a long shot, because the challenge would have to pass in both the U.S. House and Senate.

"Because the Democrats control the House, it's pretty much dead on arrival," Yoon confirmed. "I think it's more of a symbolic gesture to show the president and the president's supporters that something is being done to challenge these results."

In addition to Michigan, the group plans to challenge votes from Georgia, Nevada, Pennsylvania and Wisconsin.

President-elect Joe Biden earned Michigan's 16 electoral votes, taking 51% of the popular vote compared to President Donald Trump's 48%. Nearly a dozen lawsuits filed in Michigan challenging the results have either been dismissed or withdrawn.

A group of Republicans is arguing the V.P. has the constitutional power to accept or reject the presidential election results from any state he chooses.

Yoon observed it puts Pence in an awkward position.

"Other than declaring that the votes in each state are valid or not, he doesn't have much leeway to call for an investigation," Yoon explained. "But some of the president's supporters are calling on Pence to try to blow up the process anyway, by refusing to take action when the time comes. That would be unprecedented."

Yoon noted members of Congress challenged the electoral results in 1969 and 2005, and the only result was a temporary delay in the process.