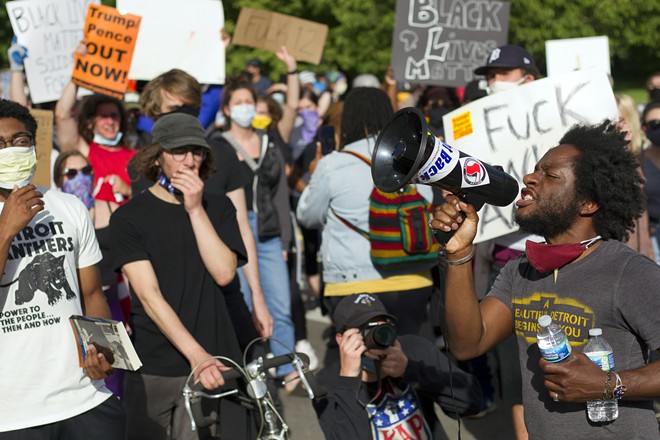 The 36th District Court in Detroit dismissed charges against 28 protesters who were arrested during anti-police brutality demonstrations last year.

Judge Larry Williams Jr. tossed the cases after the city of Detroit failed to provide discovery of information, including the identities of arresting officers and body cam footage, that could be used during a trial.

“This ruling is a vindication of the broader struggle for racial justice and liberation,” Detroit Will Breathe said in a statement.

Big news today! Charges dismissed against 28 Detroit protesters in court. This was the result of collective arrestee organizing and legal support from @NLGMichigan. Official statement below. pic.twitter.com/UOVDXStsp1


The group said the city offered to settle with the protesters if they admitted their arrests were based on probable cause. The settlement offer was not extended to Detroit Will Breathe co-founder Tristan Taylor.

“Through a collective defense strategy, the arrested protesters rejected this deal and stood together to maintain that all of our arrests were illegal,” the group said. “By standing together we won a dismissal of the charges rather than settling and conceding ground to the police. State powers continue to show their commitment to the oppression of Black and Brown people, but the power of collective action always comes out stronger.”

Police arrested hundreds of protesters during predominantly peaceful demonstrations in Detroit that began in April following the death of George Floyd.

The National Lawyers Guild chapter in Detroit, which is handling the protest cases, is urging judges in other courtrooms to dismiss charges against the remaining demonstrators.

“This is the first dismissal of a large group of cases en masse, specifically for the failure of the city to provide discovery of information necessary to prepare a defensive trial,” John Royal, president of the National Lawyers Guild chapter in Detroit, told WDET.

In many of the cases, Royal said police booked protesters as a group, and one officer wrote an arrest report.

“Many of these protesters were arrested without probable cause,” says Royal. “Some were severely injured and beaten by Detroit police in the course of being arrested.”

Detroit Will Breathe filed a federal lawsuit against the city of Detroit and police officials in August, saying officers used unnecessary, excessive force to break up peaceful demonstrations against police brutality.