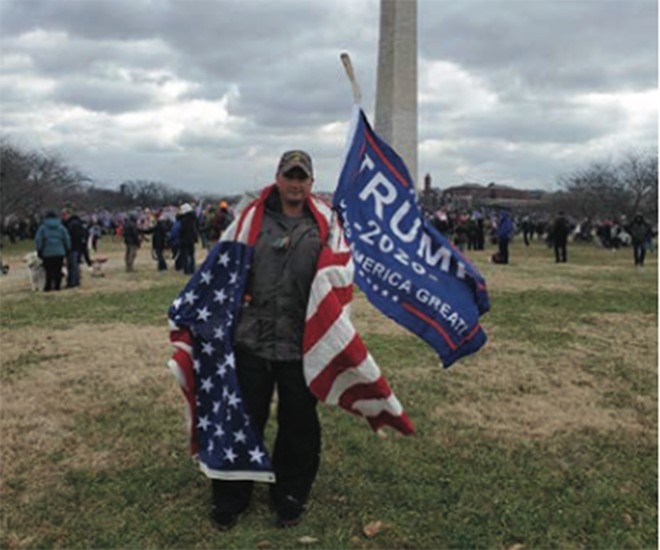 A Wixom man accused of attacking police with a hockey stick during the U.S. Capitol siege was arrested on federal charges Thursday after the FBI received a tip on Twitter.

He’s the second Michigan suspect arrested by the FBI for allegedly storming the Capitol. Karl Dresch, who sold right-wing paraphernalia out of his Calumet home, was arrested earlier this week after photos showed him inside the Capitol.

Videos captured during the insurrection show Foy using a hockey stick to repeatedly strike Metropolitan police officers who were guarding a door to the Capitol, the FBI said. Several minutes later, Foy appears to yell, “Let’s go!” before climbing into a broken window on the first floor of the Capitol.

A photo on Facebook shows Fox posing in front of the Washington Monument, wrapped in an American flag, wearing a Marine Corps veteran hat, and holding a hockey stick and Trump 2020 flag.

The FBI tracked down Foy after receiving a tip on its official Twitter page. The tipster shared a single photo and wrote, “This is the man that killed the police officer. He hit him with the hockey-stick over and over in the head.”

In a court filing, the FBI said it “has no evidence that the suspect killed a police officer.”

The FBI has arrested more than 100 suspected insurrectionists and continues to investigate and follow up on leads.